Now, I dont know about you, but when I get to watch the trailer for a new modern military shooter, I get excited to explore a whole new breed of kit images. This week marked the return of the fan favorite Battlefield franchise to the (near) Modern era, and the trailer that released on June 9th (below) dropped all kinds of fun teases as to what guns we can expect to use in the game.

Naturally, because this is an Airsoft blog, we got excited by the prospect of owning replicas of these legendary guns and wanted to share with you, dear reader, our top 5 from the list (plus one bonus gun we found perusing info about the game on the battlefield website!). 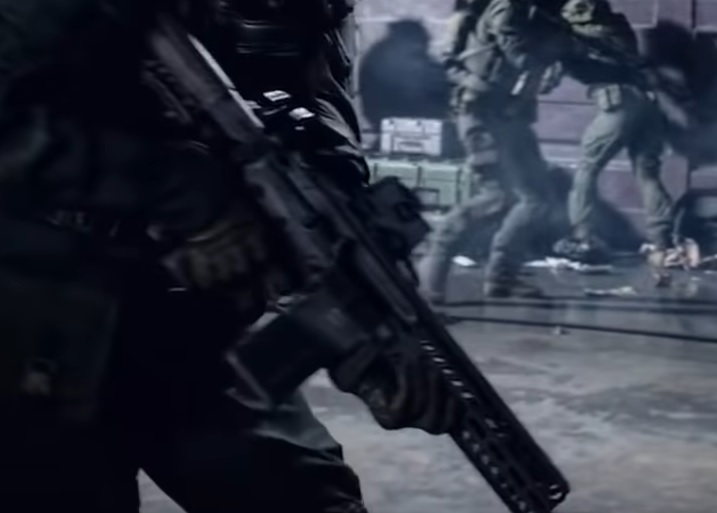 Now, the version depicted in the trailer isnt the virtus, but its pretty darn close. What we see in the trailer is the futuristic 6.8 variant thats currently testing with the US military to potentially replace the M4a1. Were not certain if the standard Virtus or one of its many pdw variants will come to the game, but it was too similar to what we have available today to not include it, especially when the MCX is one of the hottest new blasters around.

In the airsoft world, youll find this gun as the Sig Proforce MCX Virtus AEG. It is manufactured by VFC, and features all of the trimmings that come with an Avalon series AEG. It is made of a rugged lightweight metal, and feels sturdy as an ox in your hands. The MLOK rail gives you tons of opportunity for customization, just like you will be doing with the new Plus system in BF2042, which will let you hot swap attachments mid-game! 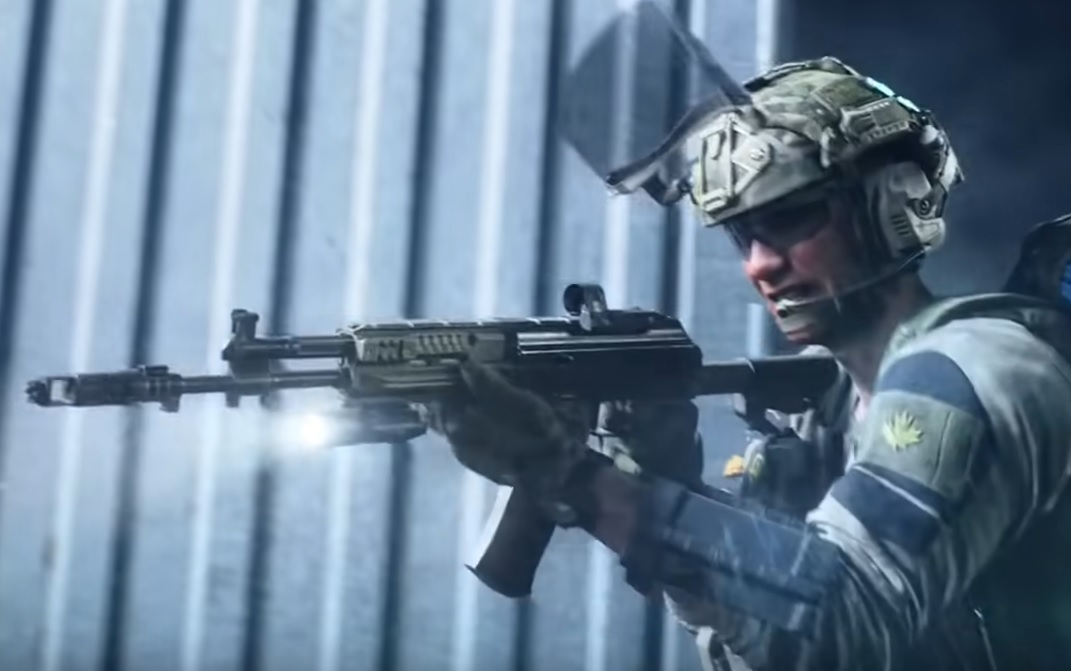 According to DICE, the developer of Battlefield 2042, the game centers around a conflict between the United States and Russia, fought using No-pats, or non-patriot specialists from different countries. With the possible new service rifle for the US in play, why not include the newest version of the AK? This particular gun features very prominently in the trailer as well, so we expect to see it a ton when we hit the digital battleground.

To score one of these for your airsoft kit, you have two options: LCT and Arcturus.

Both of these rifles are incredible and do a fantastic job of recreating the look and feel of the real AK12. They both feature folding stocks, picatinny rails all over, and that cool new magazine you see in the trailer. A very unique telescoping stock rounds the whole package out to give you ultimate field versatility. 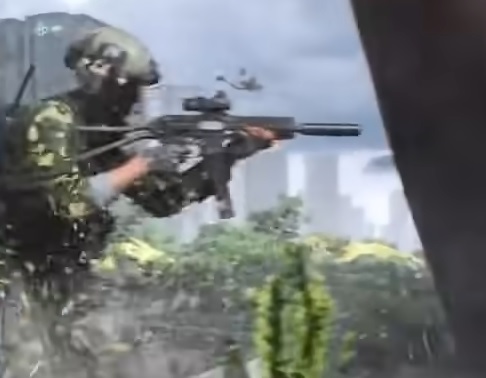 The Battlefield games are known for having a wide variety of weaponry to deck your character out with while you play. Its no surprise that you can choose from ARs, DMRs, Sniper rifles, Shotguns, and the CQB-minded SMG. This PP-19 style rifle nearly snuck by us in the trailer, its only visible for a second or so, but you can see a full shot of it completely decked out with a suppressor and red dot sight. The new game purports to allow any specialist to utilize any gun to enhance your play style, I reckon well see a ton more SMGs in play, now that youre not limited to the Engineer class to utilize them.

The LCT PP19 is the closest youll get to this in the airsoft world. While it is the most compact variant of the PP19-A1 youll find, its very similar to the one you see in the game trailer as well. It has a picatinny rail on top for optics, and the option to thread a mock suppressor on as well should you so choose. LCT even produces a plethora of furniture for you to install to add even more customization. These guns are hyper customizable internally as well. With a full standard V3 gearbox like the rest of the LCT AK line up, you can build this for field play, CQB or even take a hybrid approach to handle any field. 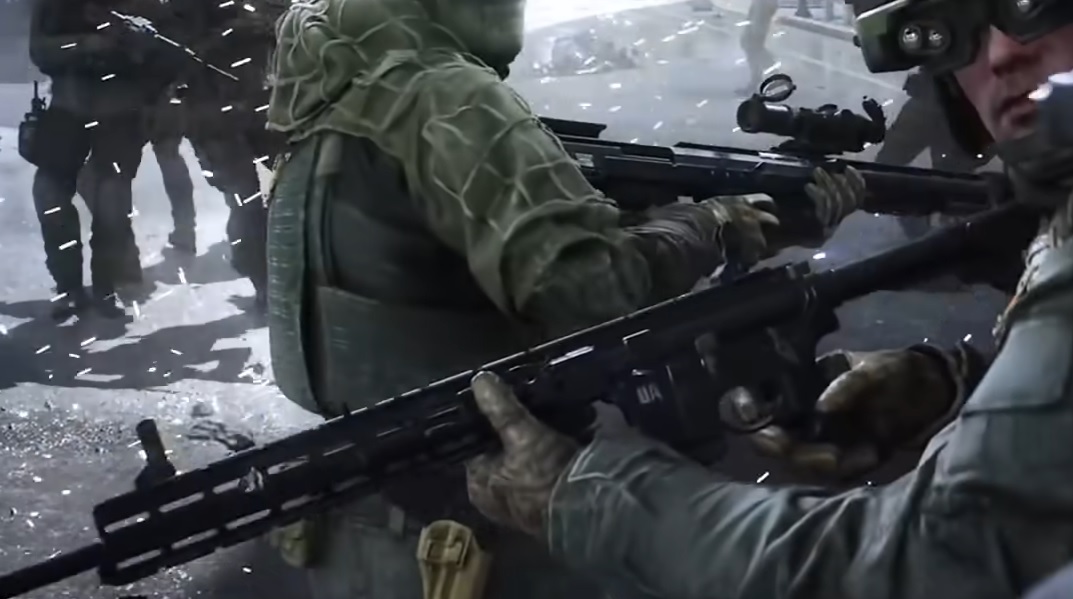 What modern military shooter is complete without an M4? While it only appears in the trailer for a split second, this rifle is very obviously an AR pattern gun with some kind of longer RIS rail attached to it. Gone are the days of triangle sights and plastic handguards or two piece rails being modeled onto your M4 in a first person shooter. The near future setting of BF2042 is finally catching up to what airsofters have been doing with their guns for years.

The selection of Airsoft M4 rifles is vast, so we picked a couple that we thought looked the closest to the shot you see above:

Each of these guns feature longer MLOK rails, like the rifle in the trailer, as well as telescoping stocks and flip up sights. While the rifle in this portion doesnt appear to have any meaningful attachments installed, we know the guns will be just as customizable as their real (and airsoft) counterparts.

The Avalon is the model for the high end connoisseur, featuring the same internal quality as the MCX from earlier. Its a rock solid high end rifle thats honestly close to perfect out of the box, but a ripe platform for upgrades as well. The Arcturus is a longer barrel variant, with all the same aesthetic trappings as the gun featured in BF2042. This platform is great for players wanting a great starting point for a DMR or semi-auto sniper setup.

The Classic Army ML12 is the sleeper hit here, with a programmable trigger, built in tight bore barrel, and an uber-lightweight nylon polymer construction that will take a beating, but wont wear you down in the field. Any of these rifles will be a perfect contender for your BF2042 kit needs. 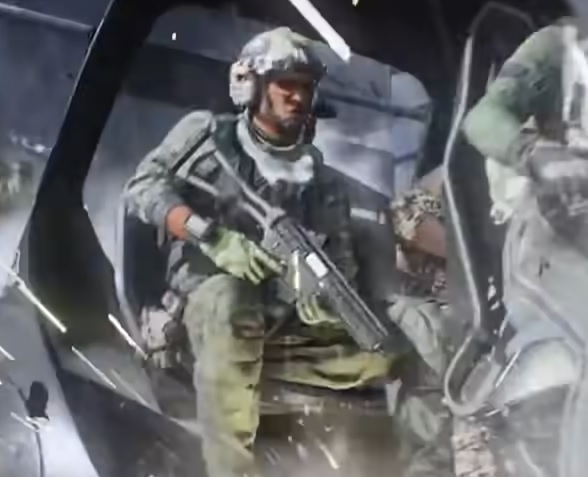 This last one is a little harder to nail down. It could very easily be a UMP, but could also be the new LWRC SMG that is making rounds in the firearms world. For all we know, both could be included in the game, as after all, the UMP was a prominent force in the previous modern installments of Battlefield.

We decided to split the difference with a new SMG from G&G, the PCC45.

The PCC45 from G&G is a unique spin on the 45 caliber SMG. It borrows a lot of influence from several different models to create a unique gun that stands on its own, but still looks the part of the guns we mentioned earlier. It uses a unique 45-style SMG magazine, but couples it with AR controls. The lines and shapes on this rifle definitely evoke the UMP, but the functionality has all of the improvements of the LWRC variant, with a flat top picatinny rail at the 12 oclock position for optics and back up sights, as well as tons of MLOK for other accessories. If this new SMG is good in BF2042, its not hard to imagine youll see more of these on the airsoft field as well.

Bonus Round: The Glock 17 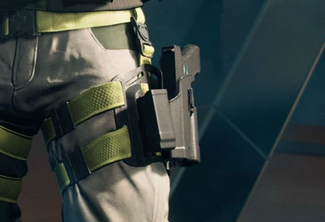 We didnt spot this one in the trailer, but browsing around the Battlefield website, you can see this famous sidearm hanging out in the holsters of several of the specialist characters. These specialists take the place of traditional classes, with the ability to equip any weapon you want. Hopefully that extends to the sidearms as well.

For the Glock 17, there is only one option: The Elite Force Glock.

Its the only option not just because its officially licensed, but because it may be one of the best Glock replicas ever produced for airsoft (legally or otherwise) with its 1:1 scale and rock solid VFC-manufactured performance. The Glock isnt a secret in the airsoft world, so were hopeful this finds its way to the game as well, and isnt just placeholder art.

Which guns were your favorite? Did you see any others in the trailer you hope to find an airsoft clone of? There were lots to choose from, and some that dont even have a variant for Airsoft yet (FN Evolys LMG, were looking at you!)

Let us know on social media, which of these guns are you hyped to add to your kit after watching the trailer? What platform will you be playing BF2042 on? Will you grapple hook around with a Sniper rifle? How about close quarters manhunts using the specialist that gets proximity radar? There are so many options to choose from, its endless!

If youre looking to add any of these guns to your kit, you can click the hyperlinks in the article. If youd rather not make such a hard decision, weve got your six covered. Check out the Youtube Unboxing mysterybox, and make sure you let Cisco know youd like something from the BF2042 trailer. He may just grant your wish!