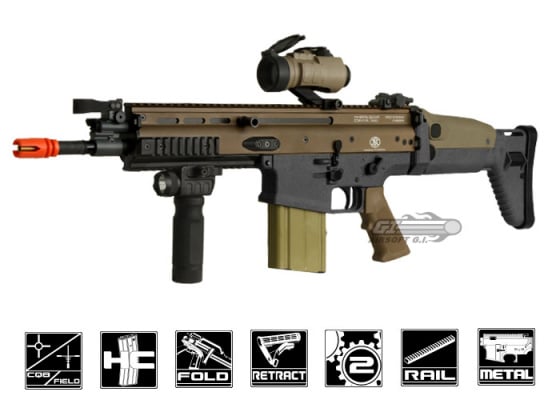 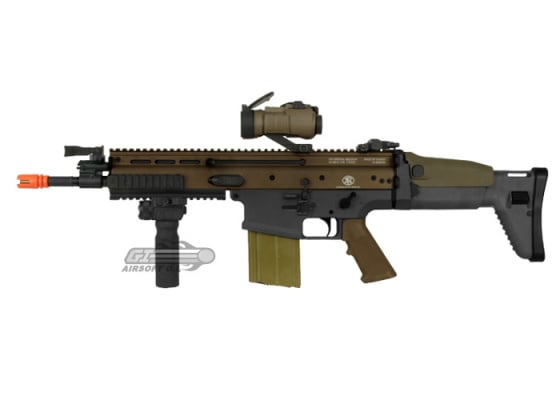 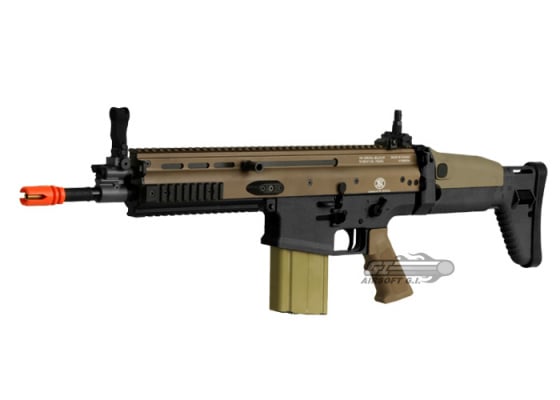 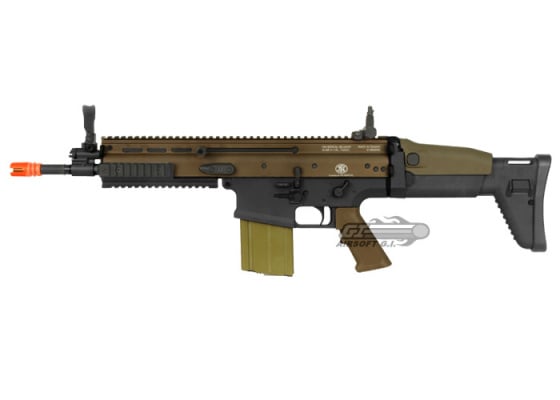 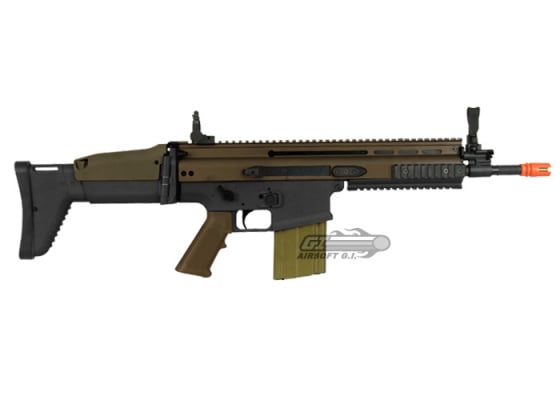 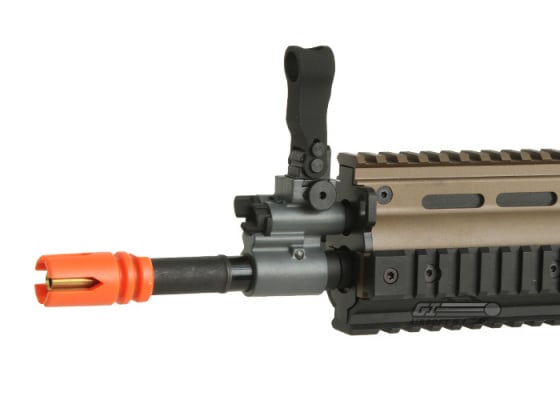 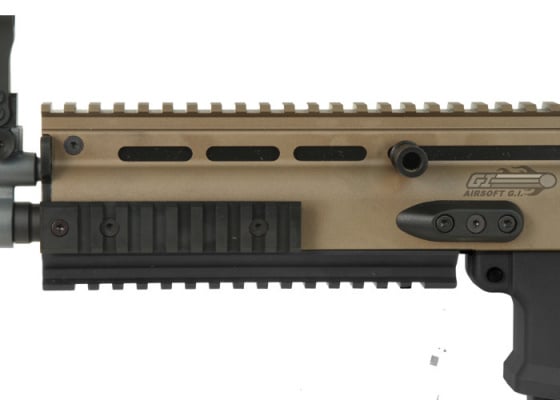 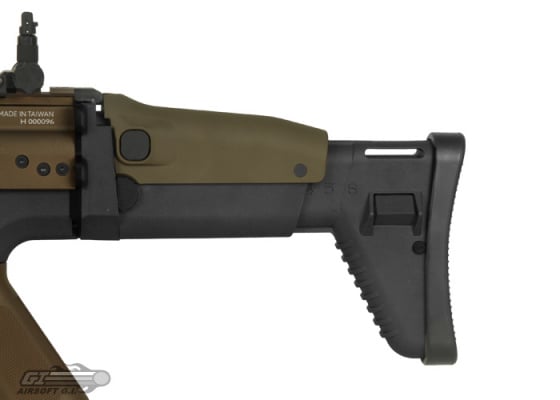 A. VAZQUEZ | 2013-12-10
Product Information:
Ok so I received the gun around 2 hours ago, and the first thing I did was go to my backyard and shoot it. Using a 9.6v the thing was ripping easily 16-17rps. Shooing at a box at 120 ft with .23g it doesn't miss and the full auto groupings are very close together. As for range I went over to my neighbors house and shot at a stop sign that was around 400 ft away. The bbs (.23) were dropping right in front of it, so it was REACHING (I'm not saying accuracy) 390 ft around there. Fps was chronoed with .20s at 388fps so with my .25s indoor won't be a problem.

Pros:
-Feels great, very sturdy
- Its different and unique in the field compared to all the damn m4s and AKs
- Comes with metal Scar h style flashhider
- Rails all over to mount whatever you want I already have a red dot and a peq 15 thrown on there
- Mag holds around 480 rds
- Great ROF/Trigger response
- Good fps to do whatever you want with it
- No wires when fold stock
- Overall sexy gun

Cons:
- Battery space is a bit small but I manage to fit a small type 9.6v 1400 mah
- Wires aren't nearly as bad as previous models but I'm scared to even bend them just a little.
-Bolt handle is kind of loose (I'll find a way to fix it)

Pros:
Solid construction
Great features on the stock of the weapon system
Completely ambidextrious
Plenty of rail space
FREE GIFT AND 3 DAY SHIPPING when i bought mine from AIRSOFTGI
All switches are nice and crisp
500 rnd Magazine

Cons:
Battery compartment fairly small due to features of the stock

Talk about the VFC FN Herstal SCAR-H MK17 CQC Airsoft Gun (2-tone/Black Lower Receiver) with your friends on the facebook comments box below: