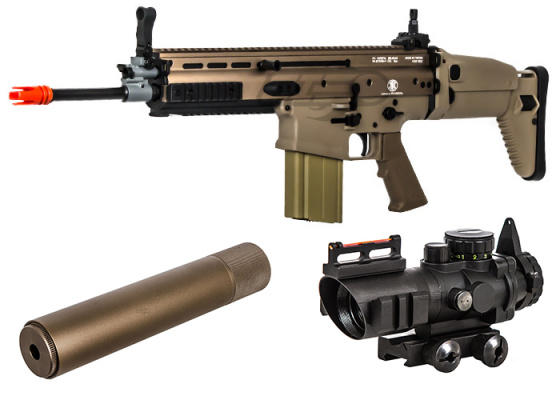 Write Review ❤ Add to Wishlist
OUT OF STOCK
(notify me!)
Free Shipping for orders over $89 No Coupon needed

Talk about the VFC FN Herstal SCAR-H MK17 STD AEG Airsoft Rifle (Tan) Kit Up Package with your friends on the facebook comments box below: