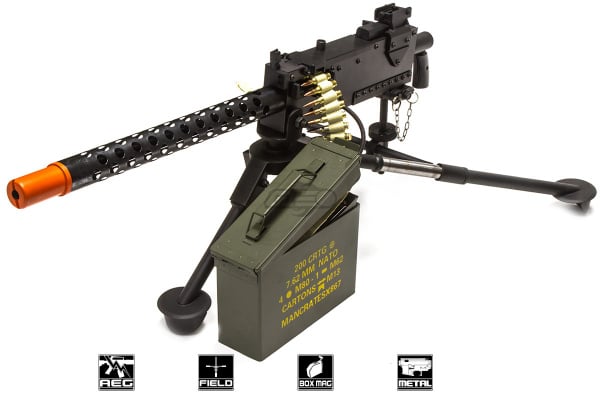 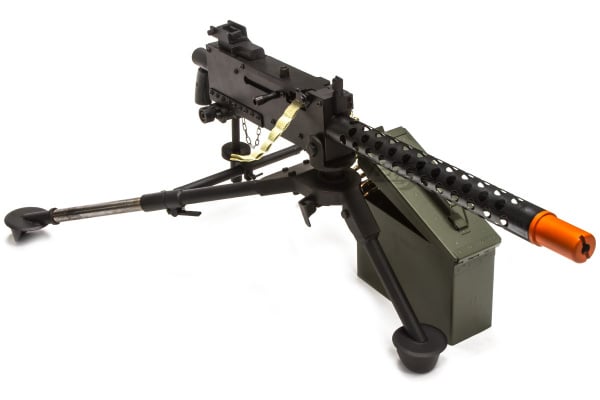 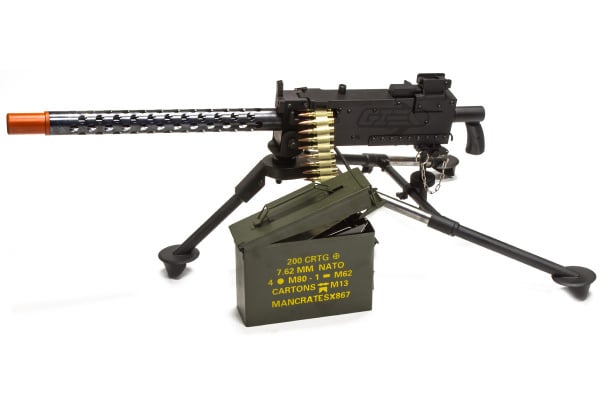 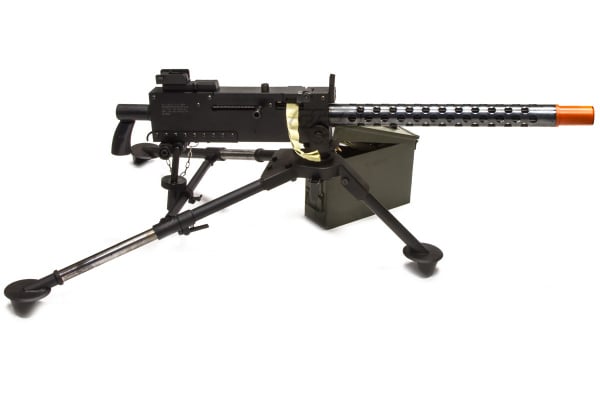 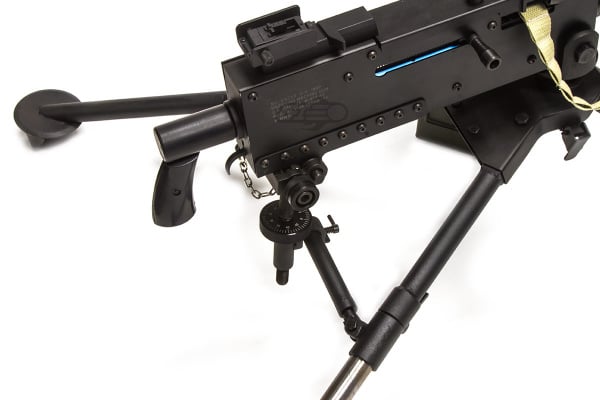 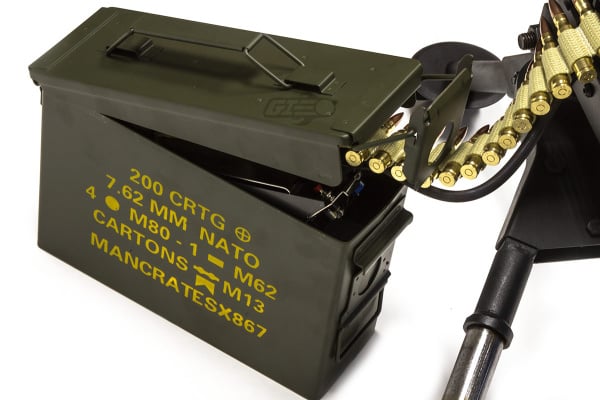 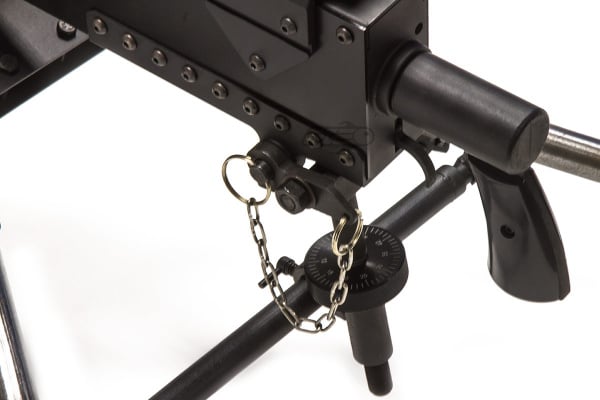 The real steel M919 Browning is a medium machine gun firing .30 caliber (30-06) ball cartridge contained in a woven cloth belt, feeding from left to right. It was widely used during the 20th century, especially during WWII, the Korean War and the Vietnam War. The M1919 saw service as a lightweight, low-slung, tripod-mounted gun for infantry use. Fixed vehicle mounts were also employed, especially on jeeps, armored personnel carriers, tanks, and amphibious vehicles. Later variants went on to be used as both a fixed and flexible weapon on aircraft.

The total weight is about 35 pounds when fully assembled. The body itself is well balanced in the centre and sits comfortably in the centre of the tripod. The steel construction and heft of the gun make maneuvering it very realistic. Unlike the real M1919, this replica does not feed from above, but instead, from the side. The BB feeding tube slots into a hole that feeds into the chamber from the 5000 round box magazine, nearly 2 bags of BBs, which will take a while to empty. This features give the gun true milsim and skirmish capabilities. When it comes to functionality, the M1919 is not complicated. Putting it together only takes a few steps and connecting all the cables is very easy. The replica comes with 2 batteries; one 7.4V Lipo battery for the AEG and a 7.4V PEQ battery for the magazine. The red button in the box magazine will feed the BBs into the chamber and will not overflow. The battery for the AEG is held in place under the receiver as the connector is fed from underneath the gearbox. Another blue cable found underneath connects to the blue cable from the magazine and will automatically feed the BBs as you pull the trigger. Adjusting the hop-up is simple and only needs a hex key to turn a screw found above the feeding tube so you can shoot and adjust at the same time without having to open the gun. The box magazine is designed to be placed on the ground next to the M1919, just like the real thing. It is not designed to latch onto the receiver. Want the dummy bullets to shake and rattle as you fire the gun? All you need to do is flick the switch found behind the motor inside the receiver. This only adds to the fantasy of having a belt fed machine gun and adds to the realism of this replica.

No reviews | Write a Review

Talk about the RWA M1919 AEG Airsoft LMG (Black) with your friends on the facebook comments box below: