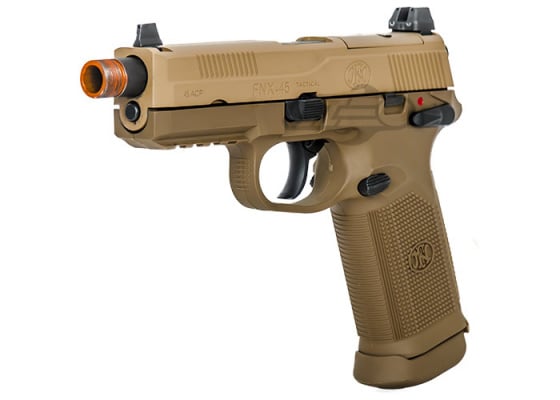 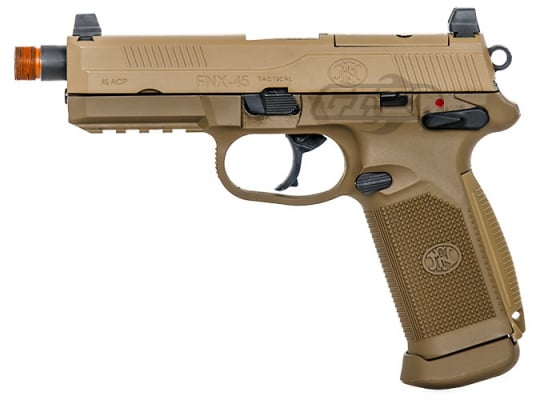 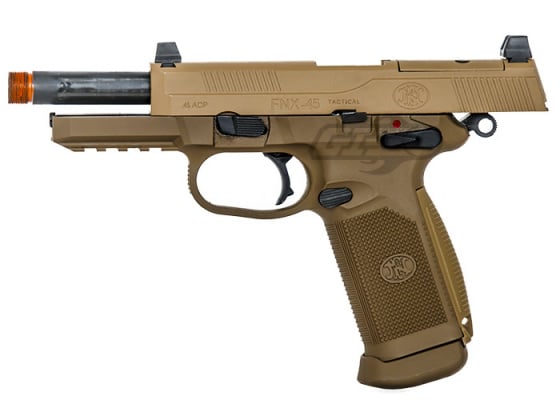 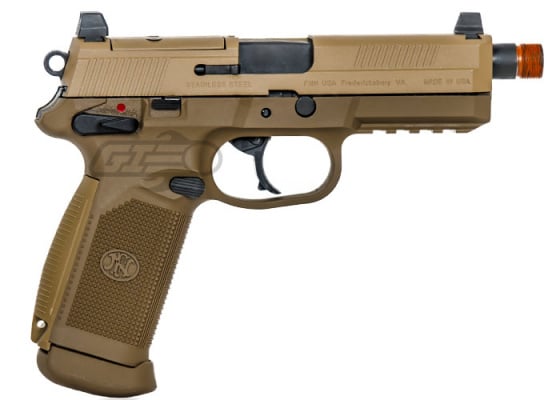 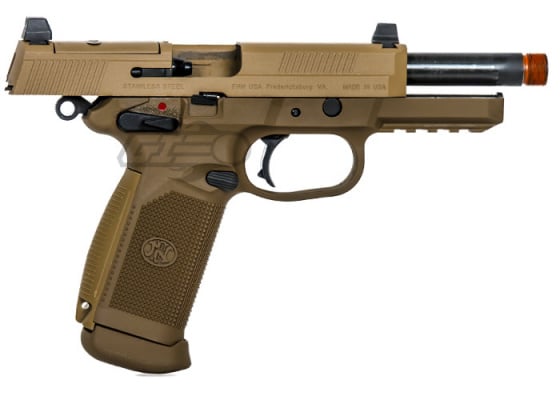 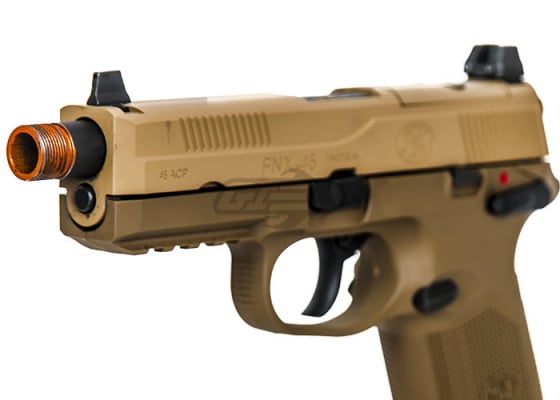 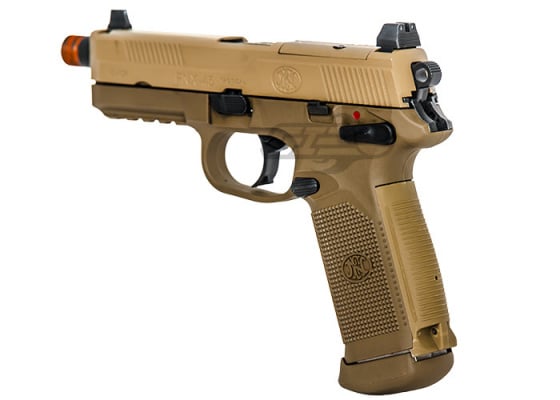 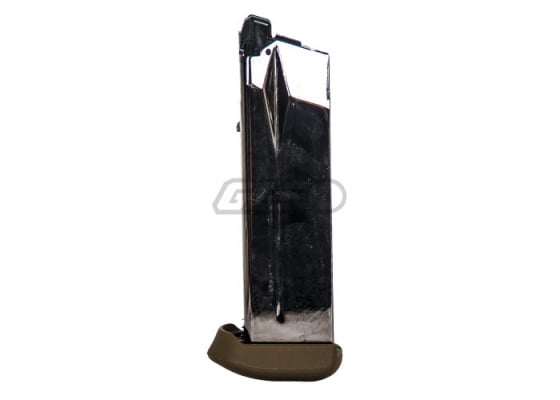 ( 6 Reviews ) ❤ Add to Wishlist
Excluded from Coupon Codes
OUT OF STOCK
(notify me!)

The FN Herstal FNX-45 Tactical is a gas blowback pistol officially licensed by FN Herstal of Belgium. Established in 1889 to manufacture 150,000 Mauser Model 89 Rifles, FN Products have become standard issue for many law enforcement agencies and military's around the world. Their products range from the FNX line of pistols to the M2 .50 caliber machine gun.

Special features include full FN Herstal FNX-45 Tactical Trademarks on the slide and the frame. Specially designed rear cocking serration allowing the operator to cock the gun even in a slippery condition. The FNX-45 Tactical has an ambidextrous slide release, and an ambidextrous magazine release button, making this a right hand and left hand friendly gun. The FNX-45 points naturally, very similar to the 1911. Just like the real FNX series, the FNX-45 has a unique function that can speed up the reload time. When the slide is lock back, indicating the gun is empty, when the operator insert the new magazine into the gun with the right angle and proper amount of force, the slide will automatically go forward. Instead of adding another step to release the slide, the operator can now reacquire firm grip and continue to fire.

B. MURPHY | 2015-11-09
Product Information:
FN Herstal FNX-45 Tactical GBB Airsoft Gun Licensed by Cybergun ( Dark Earth )
I love this gun. it was my first real airsoft gun purchase. and its still my favorite after many more guns. it kicks the hardest out of any pistol i have. people say the kjw sig 226 kicks hard, but compared to this the sig is a water gun. I have the real steel version of this gun which is why i bought the airsoft version in the first place and from a few feet away, with some minor difference (like the safety doesnt quite cover the dot fully, no big deal and a few other things) they are absolutely identical.

Pros:
extremely accurate. from 40 feet i can hit a 3 inch circle every shot.
looks identical to real steel, even upon field strip its very similar.
its beautiful.
fits in real steel holster.
hardest kick (its not really hard compared to real steel, but for airsoft its awesome) pistol ive owned
its just the best. buy it. you will want to sleep with it.

Cons:
nothing. except mine came with a bad fill valve on the magazine (hey it happens). emailed cybergun and they mailed me a new one from france immediately, for free. (i didnt buy it at airsoft gi i really wish i had. i bought it from an awful competitor whos customer service sucked and gave me an awful time trying to get a new valve. so i just contacted manufacturer and they were super cool)

Pros:
nice recoil (when mags want to be filled fully (will get into that in cons)
feels great
people ask about it
not a 1911


Cons:
BOTH of my mags wont fill all the way and only can fire 5-10 shots before running completely out of gas.
the barcode will fall off the gun after some use. not a big deal for me
just the mags really.
besides the mags GREAT gun i love it

M. HILTON | 2017-06-26
Product Information:
i've had this for over a year and havent had any issues with it. it looks great, but overall performance was mediocre. nothing terrible, but a few things that bother me about it.

its an average performer with awesome looks. but keep in mind parts and holsters are hard to come by. i gave it an extra star because i really love the looks and feel of this big mofo

Pros:
i like where the fill valve on the magazines re placed. it less likely to get dirt in there.
looks cool as hell
the the bar code plate hasnt fallen out of mine
big gas chamber allows more shots per refill
comes with a thread protector

Cons:
hop up isnt very responsive
the slide has a bit too much wobble for my taste
the trigger and safety/decocker are kind of flimsy and feel like they could break
the slide spring is a bit weak. it could be a bit stronger to get the slide to return quicker after every shot.

Talk about the FN Herstal FNX-45 Tactical GBB Airsoft Pistol (Dark Earth) with your friends on the facebook comments box below: