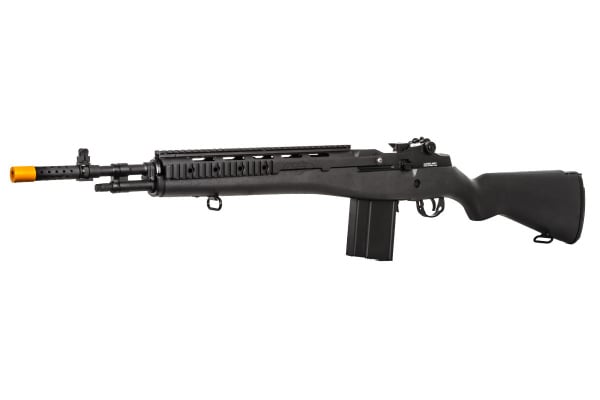 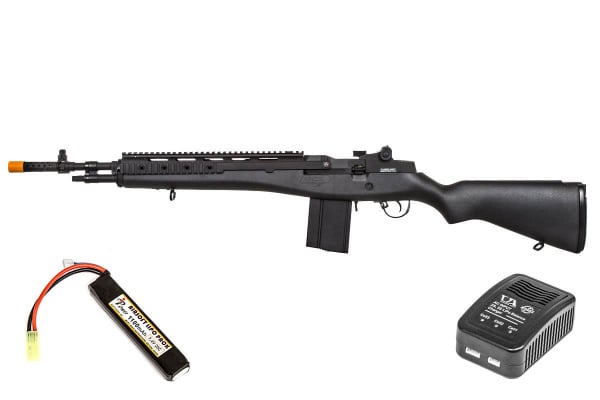 Write Review
Excluded from Coupon Codes
OUT OF STOCK
(notify me!)
Free Shipping for orders over $89 No Coupon needed

The airsoft market has seen a large number of releases of the M14 from various manufactures such as Tokyo Marui, G&G, and UTG because of its recent revival as a designated marksmen rifle for the U.S. military. Now the long anticipated CA M14 Scout has arrived in the United States. CA is very confident that the new M14 will be a big hit in not just the exterior design but the complete system. The CA M14 features a newly designed gearbox that has many parts compatible with other Japanese AEG aftermarket parts. The semi/full auto fire settings and the large 470 round capacity magazine make it ideal as a support weapon or sniper rifle with its lengthy inner barrel. In addition the M14 Scout replicates the functions of the M14 such as Moveable Cocking Lever, Bolt Cover, safety, and fire selector. There is a rail section on the top and sides of the rifle that you can use to attach accessories like a scope and flashlight. All these features combined make the CA Full Metal M14 Scout hard to beat.

Talk about the Classic Army Full Metal M14 Scout AEG Airsoft Rifle (Option) with your friends on the facebook comments box below: