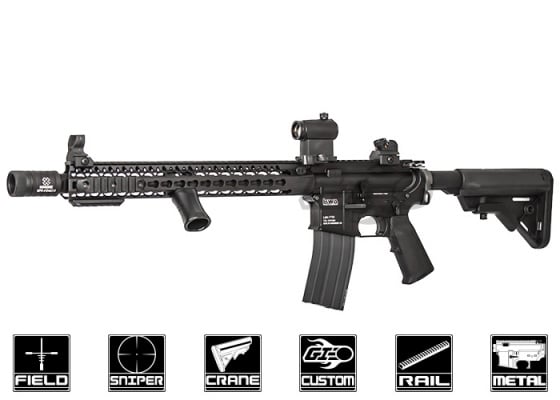 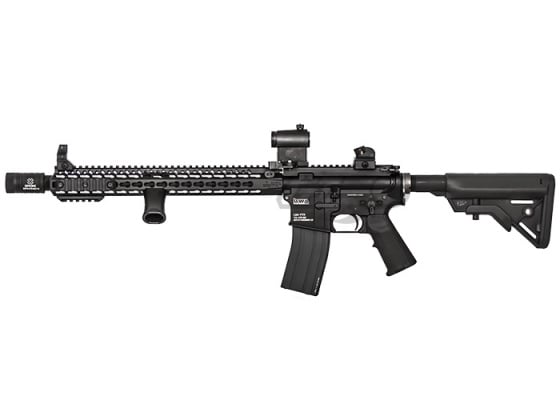 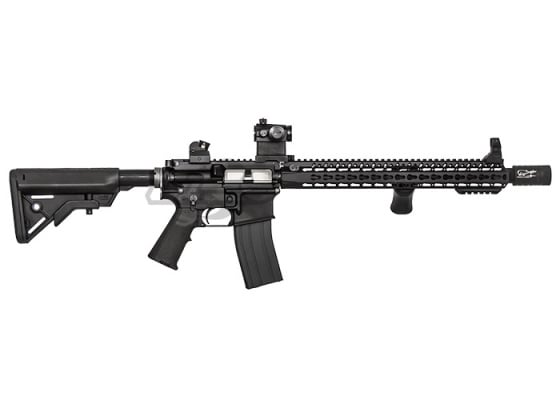 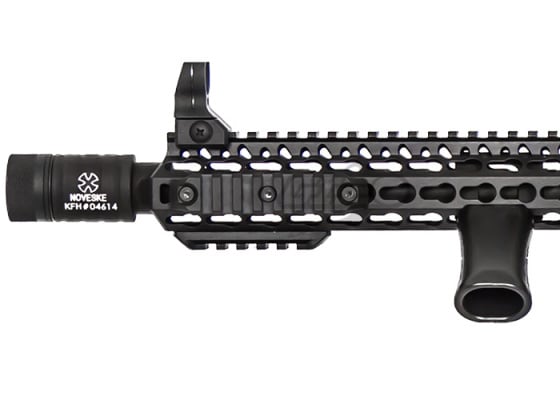 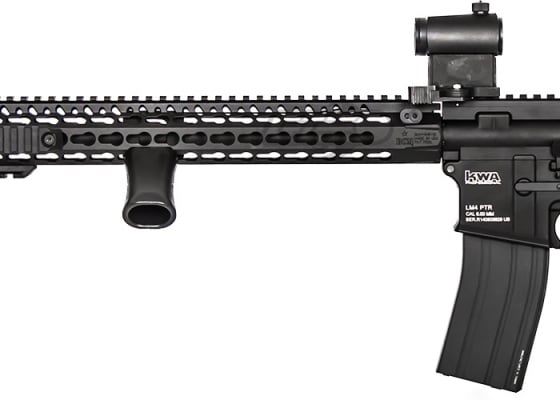 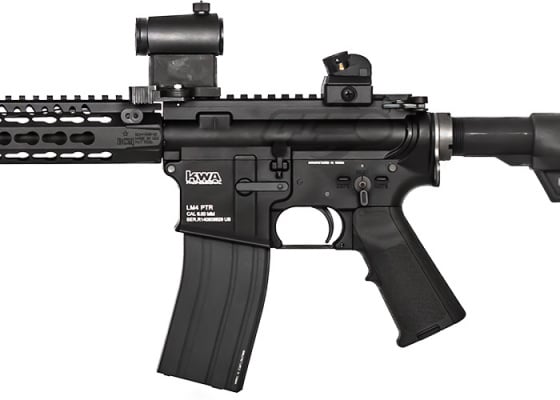 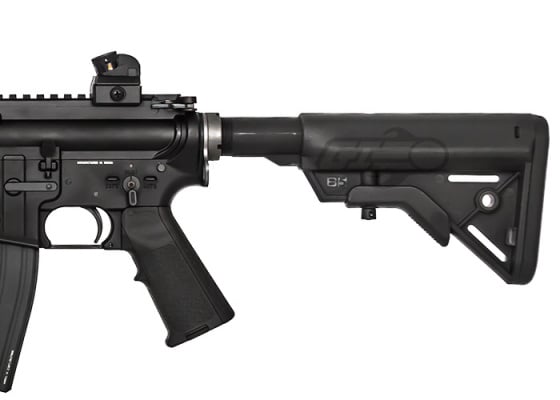 The Airsoft GI Custom Kraken is based off the popular and well rounded KWA LM4. An excellent edition to our line of perfect tactical trainers. The KWA LM4 PTR GBBR was a game changer for the airsoft world. This gun brings together two characteristics of gas blowback rifles that traditionally remain separate, affordability and reliability. The KWA LM4 PTR has taken many years to engineer and assemble and it's finally ready to come to market. Once the techs here at Airsoft GI got their hands on the LM4 they knew they had to take it to the next level, and they did. First off the techs removed the polymer front hand guard and replaced it with a Bravo Company Manufacturing 15in KeyMod RIS for real firearms. This rail system not only adds a great overall look, it gives the user the ability to mount any picatinny accessories of their choosing such as a laser, light, vertical grip, or even a Contour Camera without increasing the overall weight of unused rail space. To keep the overall realistic look a Madbull Noveske flash hider has been added. Finally a PTS ambidextrous BAD ASS fire selector has been installed for ease of use when transitioning. At the rear of the gun the techs removed the stock and replaced it with the B5 Systems SOPMOD Bravo Stock, the addition of the B5 gives the user an extremely sturdy shooting platform while still being adjustable, a perfect pairing.

Talk about the Airsoft GI (Perfect Tactical Trainer) Kraken GBBR Airsoft Rifle with your friends on the facebook comments box below: