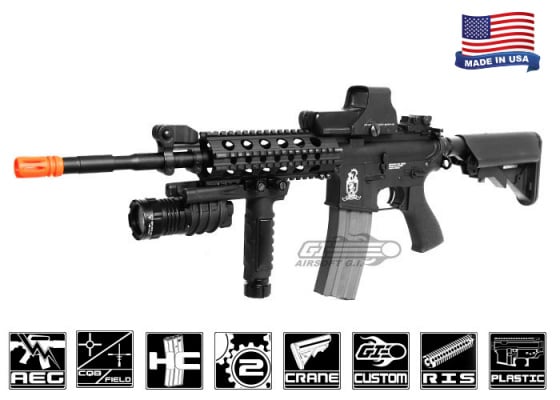 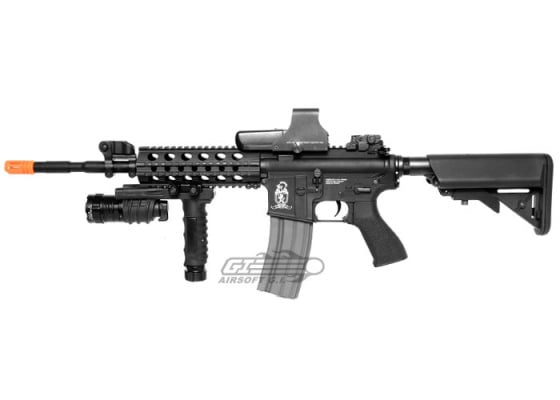 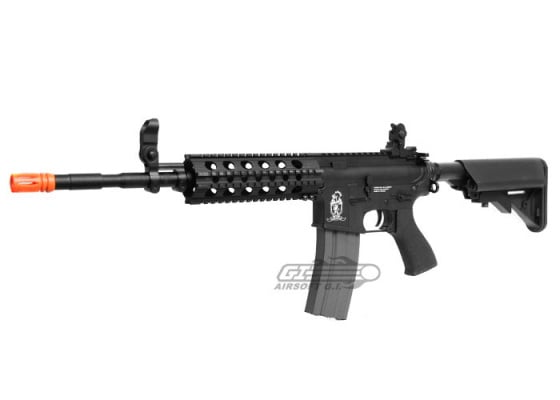 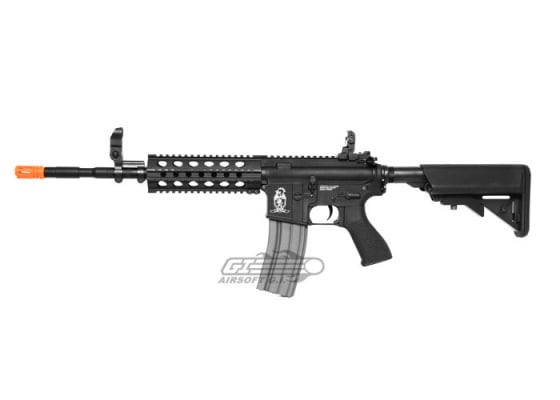 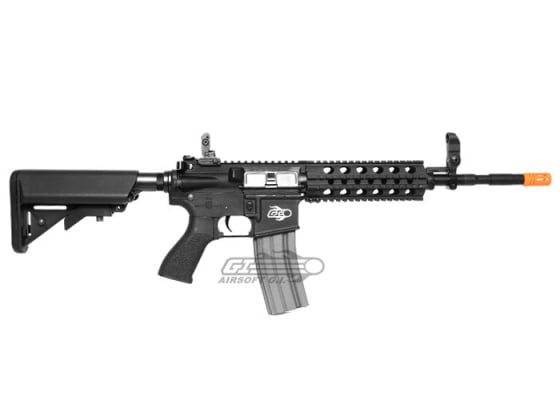 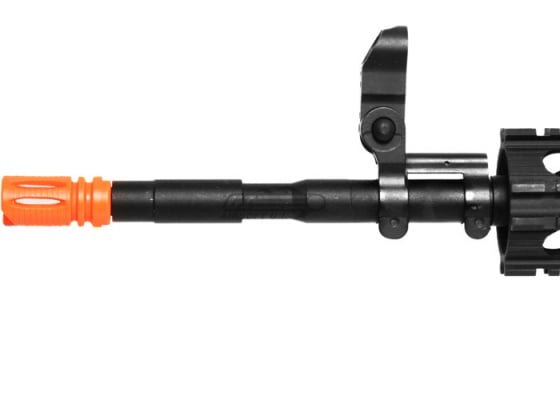 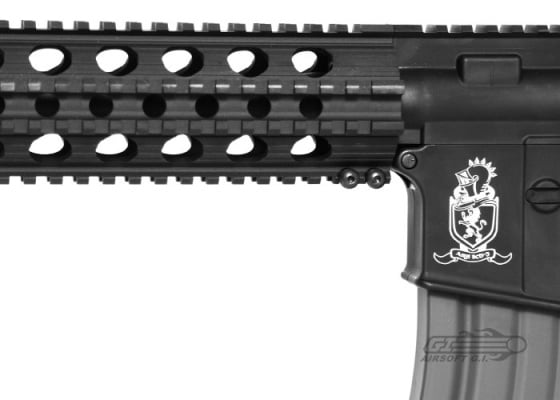 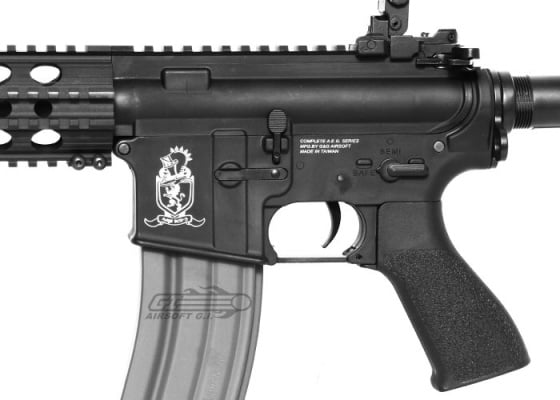 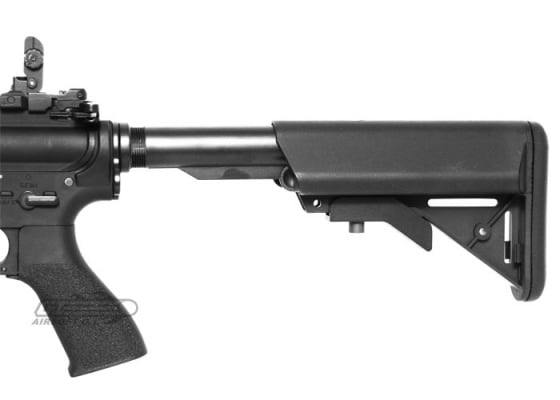 ( 4 Reviews ) ❤ Add to Wishlist
Excluded from Coupon Codes
OUT OF STOCK
(notify me!)
The Airsoft GI G4-A3 Version 2 Carbine is a great new update to the G4 line up of custom guns from Airsoft GI. The base gun is a special Combat Machine M4 Blowback with a crane stock that's wired to the back. This is apart of a new line up of guns to be manufactured by Airsoft GI. We've worked out a special program with Combat Machine to build us a special pneumatic blowback M4 with a crane stock, sling mount, and the wires to the back, so we can eliminate the need for a PEQ box and keep a clean look. The Combat Machine was carefully chosen for their high quality, reliability and incredible value. We've dropped the G4 straight onto the ground from 8ft and 9ft with no visible damage to the body; this is the strongest plastic receiver on the market. This version of the G4-A3 has been updated with a new and improved motor from G&G. This motor performs significantly better and is also much more durable then the version 1 motor. The rail of the G4-A3 has also been updated with the G4 7" free float ris which is paired with a gas block style flip up front sight. The G4 7" free float RIS is a great addition to this AEG and features an extremely high build quality as well as compatibly with nearly any picatinny rail accessories. The Airsoft GI G4-A3 Version 2 Carbine with its new and improved features took the already renowned G4 and made it even better. The G4-A3 version 2 carbine is sure to impress any caliber of player with its amazing value and performance.

This gun is sexy(part of the reason I bought it)! Yes, I would make love to it if I could. Don't judge me!!!

I've put about 2,000 rounds into this gun so far without issues. My friends are all amazed by it. Everyone I show this gun to is blown away by how realistic it looks and feels in your hands. Yes it is heavy, but not too heavy. It's perfect. I really like this gun's Pneumatic Blowback System, I don't know why any one would not want simulated recoil, but whatever.

This gun's particular RIS Rail is a bit edgy(sharp) but as long as you're not excessively rubbing your skin along it, you will be fine. The flip up front/rear sights are nice. The only real complaint I have with this gun is that it always shoots slightly to the left by default. So to counter that, I had to adjust the rear sight(windage sight) almost all the way to the right. The rear sight looks a little odd that way but at least it shoots perfectly straight now.

Thank you AIRSOFT GI for a fantastic high quality gun!

Pros:
Sexy(did I mention it is sexy?)
Realistic feel/appearance
Feels solid and sturdy(not cheap)
Accurate(I can hit a soda bottle at 30 meters)
Fun to shoot!

Cons:
-Installing battery is a bit of a pain, but do not let that deter you from buying this gun. With practice it get's easier.

verified buyer
S. COSENZA | 2013-04-20
Product Information:
This gun is great, it shoots accurate, fast and hard. Another great thing about it is its mostly metal body. The full metal guns put the price and weight of the gun to extremes most people don't want. I think this gun has a Very realistic feel. The pneumatic blowback is great and hasn't failed me for the time I've had it. I would seriously recommend this gun.


Cons:
- mag and stock wobble a little
- didn't come with a cleaning rod
- free shipping sucks if u live on the east coast


Cons:
-Wished it came with more sling mounts
-A functional bolt catch would be a nice addition
-The rails are slightly sharp and may scratch your hand (wear gloves).

Talk about the Airsoft GI G4-A3 Version 2 Carbine Airsoft Rifle with your friends on the facebook comments box below: