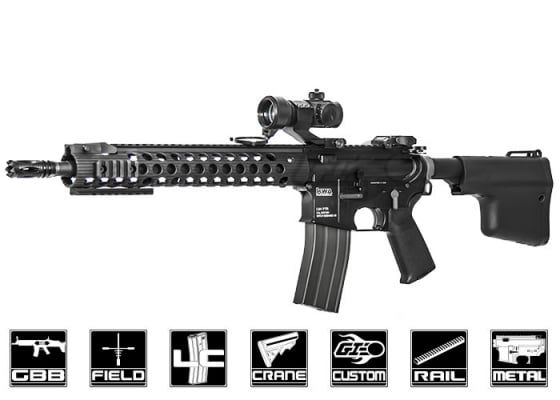 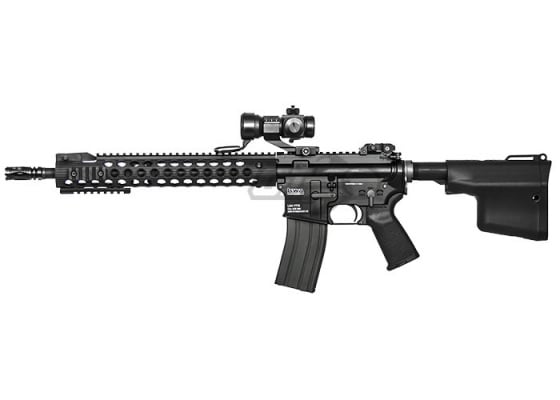 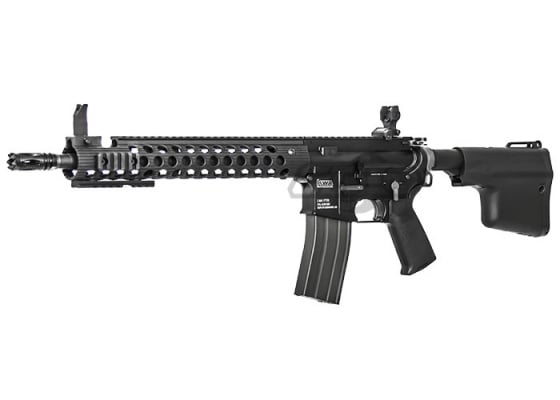 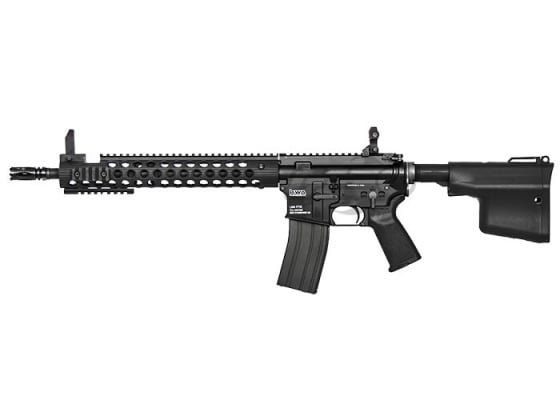 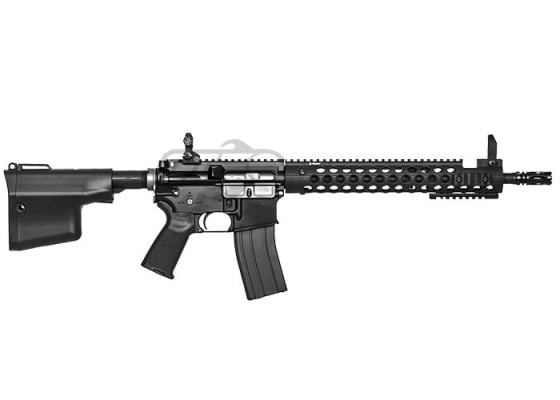 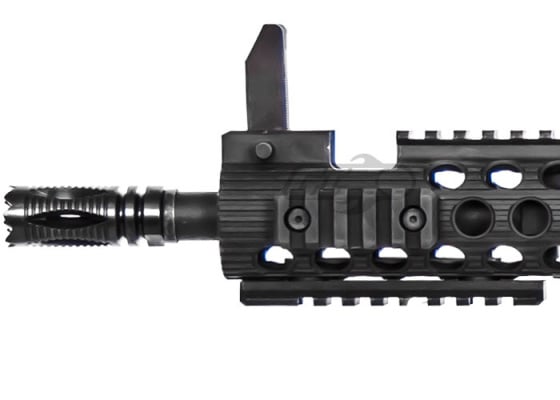 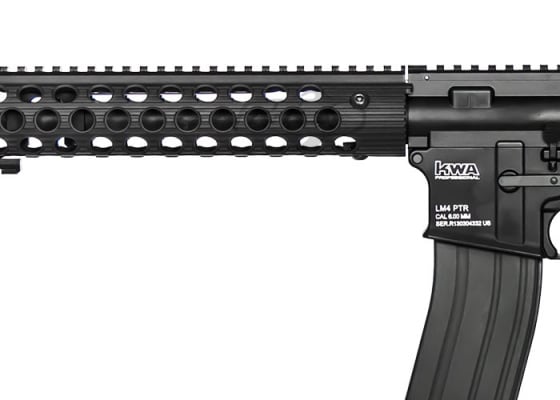 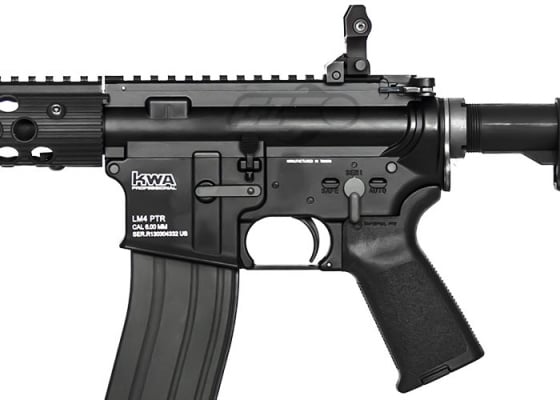 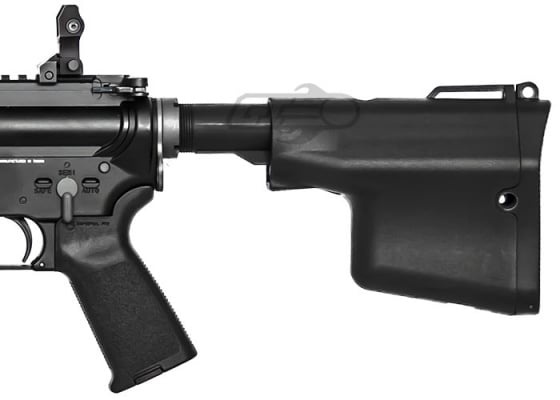 The Block 10 is an excellent addition to the Perfect Tactical Trainer Line on Airsoft GI Custom Rifles. This rifle is designed for the extra step of realism. Feat the KWA LM4 GBBR installed with a Troy Industries RIS designed specifically for real firearms! Weight distribution is on par, similar to the real firearm counterpart. The KWA LM4 PTR GBBR is a game changer for the airsoft world. The LM4 PTR brings together two characteristics of gas blowback rifles that traditionally remain separate, affordability and reliability. The KWA LM4 PTR has taken many years to engineer and assemble and it's finally ready to come to market. The upgrade factor is something that KWA aims to address with every gun they release, because they don't want the player to have to upgrade their guns in order for them to have a good time, and that's exactly the type of mentality that built the LM4. The majority of the gun is constructed of aluminum, such as the receivers, barrel, and buffer tube, while the hand guard, pistol grip, and stock are constructed of a high grade polymer, just like a real rifle would be. The bolt movement is crisp and the recoil is very direct, and feeling that this gun gives you while being fired is unmatched by any other gas blowback M4 on the market. The construction and feel of the gun are second to none. Another very impressive feature of the LM4, and one of the key components in making the gun operate smoothly as it does is the magazine. The magazine holds the gas to operate the gun and the 40 rounds of ammunition. The guys over at KWA have taken their years of experience constructing high quality gas pistols and magazines, and used the knowledge they've gained to engineer the LM4 PTR magazine to be as powerful, efficient, and user friendly as possible. For example, the top of the LM4 PTR Magazine is made of high impact polymer whereas the rest of the magazine is made of metal. KWA has done this for two reasons; first, the top of the magazine will be much more resistant to breaking if dropped, and second, the magazine top and feeding lip can be replaced and the magazine can be rebuilt should it become necessary. The LM4 PTR is an amazing rifle that has been engineered from the ground up to be the first and last gas blowback M4 that you will ever need to buy. All KWA guns, including the LM4 PTR, and even their magazines, are engineered to out perform.

Talk about the Airsoft GI Custom Block 10 (Perfect Tactical Trainer) GBB Airsoft Rifle with your friends on the facebook comments box below: