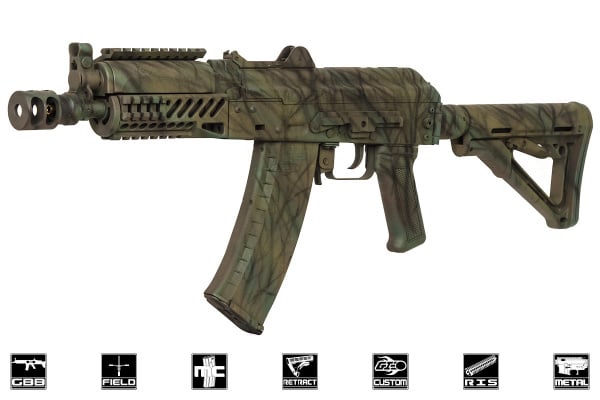 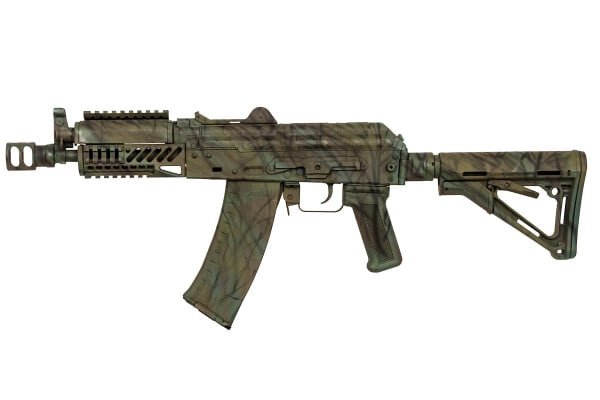 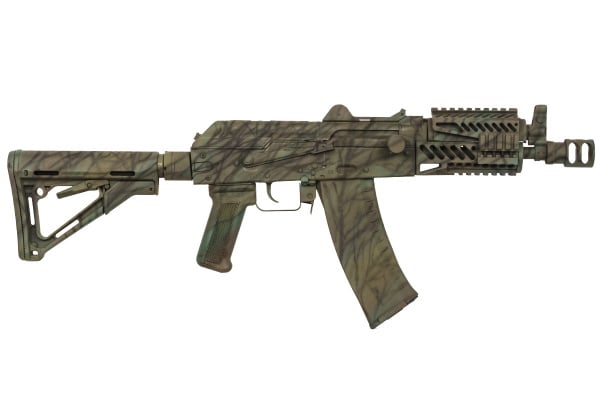 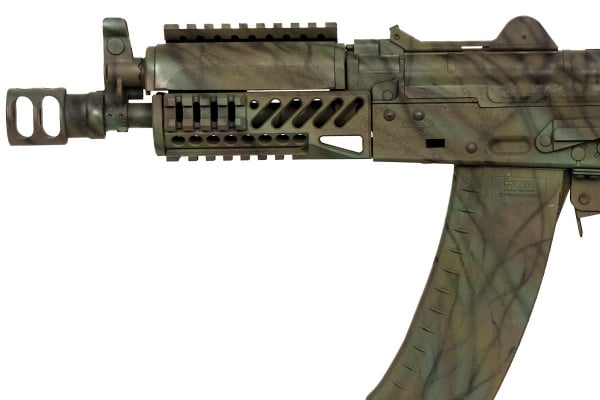 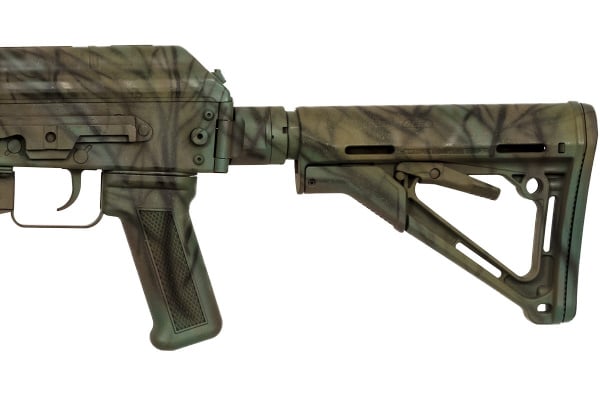 Description
The Airsoft GI Tech Department has done a great job creating the AK Remantadin with the custom paint job and Asura accessories. You do not want to miss the chance on owning this beautiful airsoft gun!

The AKS-74U is a compact version of the AKS-74 ("U"-Russian: Ukorochenniy, or "shortened") and was developed in the late 1970s. The AKS-74U was intended for use as a personal defense weapon for vehicle crews, airborne infantry, and special operations forces. Each demanded a short, but relatively powerful automatic weapon. Although the AKS-74U had the size and maneuverability of a typical submachine gun, its biggest draw was that it fired the Russian 5.45x39 rifle cartridge. Firing an intermediate rifle cartridge allowed the AKS-74U to pack more firepower than a regular submachine gun, which usually fired weaker pistol caliber rounds. It also shared components with the general issue AK-74, making it convenient for soldiers to acquire parts when needed. KWA is a well known airsoft manufacturer that has been creating high quality airsoft guns for some time. From airsoft electric guns to gas blow back airsoft guns, Engineered to Outperform, defines the quality of their products. Externally, the material they use is designed to withhold a serious amount of stress giving the gun the utmost durability. Internally, the parts used in their airsoft guns are matched to the highest degree for the smoothest operation over long periods of operation. Overall, their product truly performs on the field, KWA products stick to their motto, Engineered to Outperform. The KWA AKG-74SU is an exact replication of the AKS-74U and features realistic field-stripping. The firing action of the bolt carrier group has also been faithfully reproduced and includes safe, full, and semi-automatic firing modes.

Talk about the Airsoft GI Custom AK Remantadin GBBR Airsoft Rifle with your friends on the facebook comments box below: