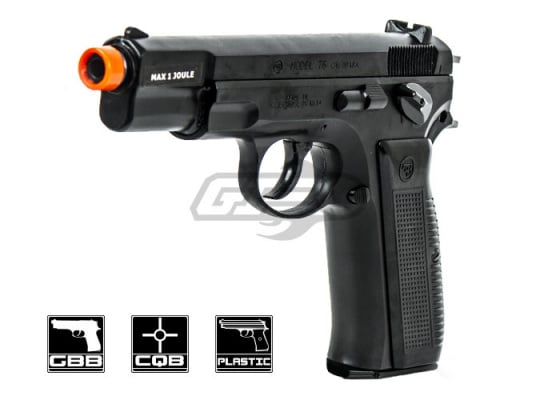 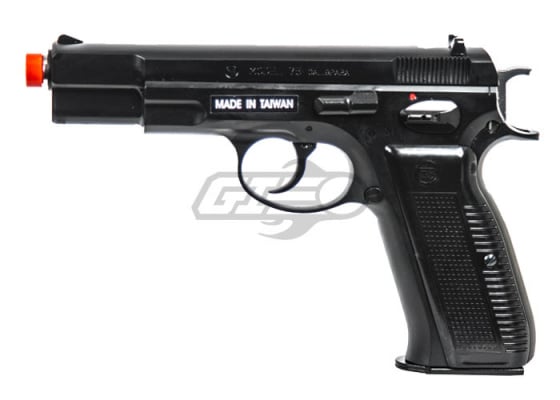 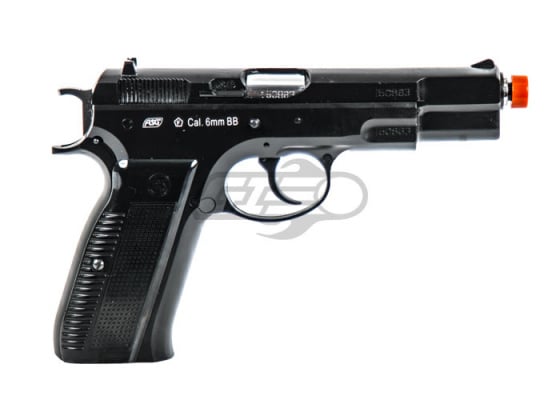 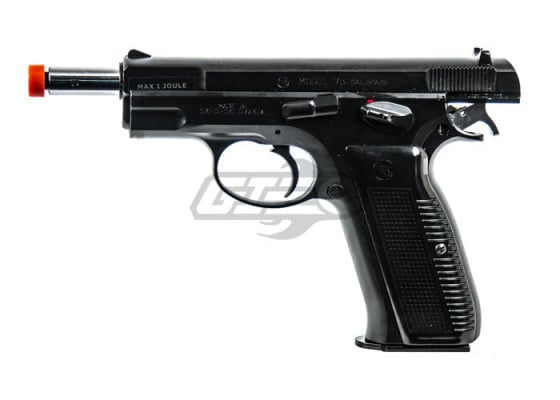 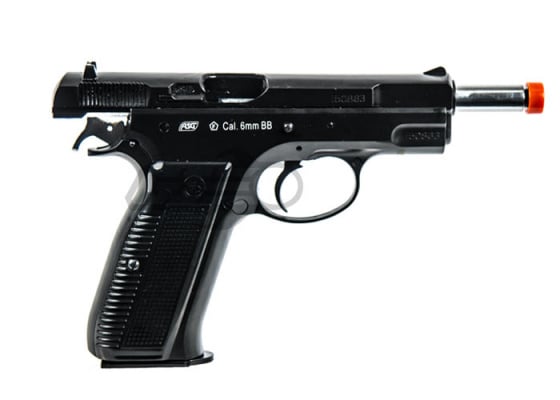 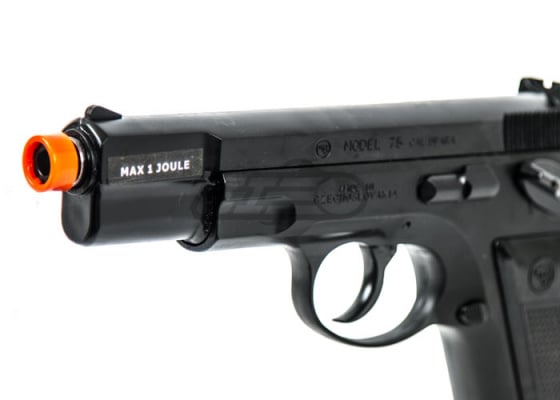 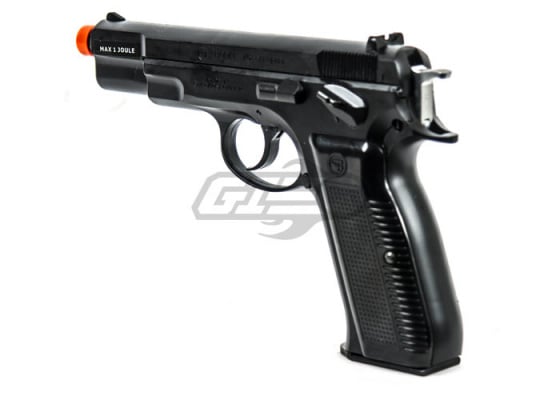 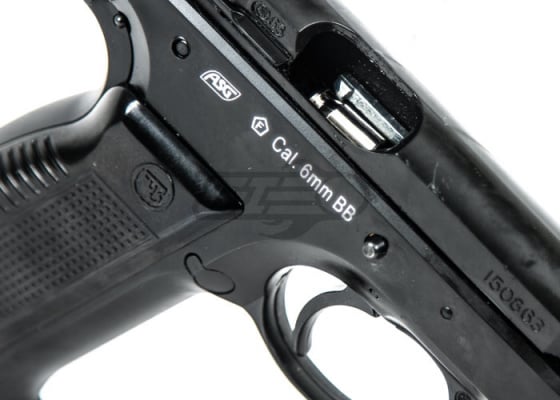 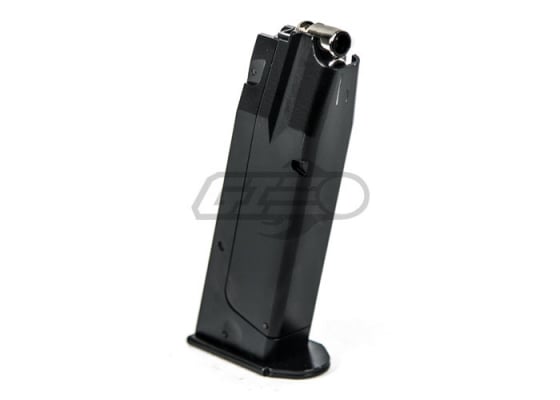 ( 1 Reviews ) ❤ Add to Wishlist
Excluded from Coupon Codes
OUT OF STOCK
(notify me!)

ActionSportGames is a worldwide leader in the business of replica firearms and accessories manufacturing - including Airsoft guns, Airguns, Co2 guns and firearms replicas. They specialize in 1:1 scale replica guns and accessories for fun, action, sports, entertainment and collection. The assortment consists mainly of licensed models and exclusive subbrands of ActionSportGames. ActionSportGames was founded in April 2003 as a merger of the two largest Danish distributors of Airsoft Guns and accessories, Pedersen & Grobelnik A/S (founded 1992) and Vestergaard ApS (founded 1960). One of their goals is to become the preferred supplier in the firearms replica business through worldwide license agreements, quality brands and premium service.

ASG CZ75 Shell Ejecting Pistol Airsoft Gun ( 6mm / Black ) by Marushin is a great pistol replica of one of the most popular pistols to come from Czech Republic. However, Marushin brings another level of realism to the airsoft playing field by featuring a shell ejection system every time the gun cycles. This system sends shells flying out simulating the ejection of brass on a real firearm. In addition to etched trademarks, this results in one of the most realistic pistols ever developed so far. This pistol is great for those who want a realistic training platform with shell ejecting features.

M. SHUMAN | 2014-07-22
Product Information:
First off, this gun is made of a whole mix of materials. Everything on the outside body is made of plastic that looks like cheap plastic, the barrel is also made of plastic. The entire magazine is metal and quite heavy. The magazine is what takes up almost all of the weight of the gun. The real CZ75 is made in Taiwan, and this airsoft version obviously is made in China, but to make the gun more realistic, ASG put a "MADE IN TAIWAN" sticker over the made in china that is engraved in the gun. The sticker is just slapped on there at a bad angle. Now, I didn't buy this gun for it's build quality and on the field efficiency. This gun was built, and bought, for one reason only: the shell ejection system. This has got to be one of the coolest, and most realistic features I have seen on an airsoft pistol. The shells look pretty good, and just like the rest of the gun, they are made of plastic. It is fun to have to manually load them into the magazine, just like a real gun. Once they are in the magazine, it looks pretty nice. Once the gas and shells are loaded and the magazine is loaded into the gun, the slide has to be pulled back, and boy is is hard to pull back. Shooting the gun is really nice. The kick is quite nice and when the shells eject it is really cool, but a pain in the butt because they really go flying everywhere so be ready to lose at least on every time you empty the magazine. Overall, i would not recommend this gun to someone looking to use it on the field, unless you want to buy a lot of shells. But if you are looking for that cool and unique factor then this is definitely a gun to consider. I would give it 3.5 stars out of 5.

Made in taiwan sticker just thrown on there

Talk about the ASG CZ75 Shell Ejecting Gas Airsoft Pistol by Marushin (Black) with your friends on the facebook comments box below: