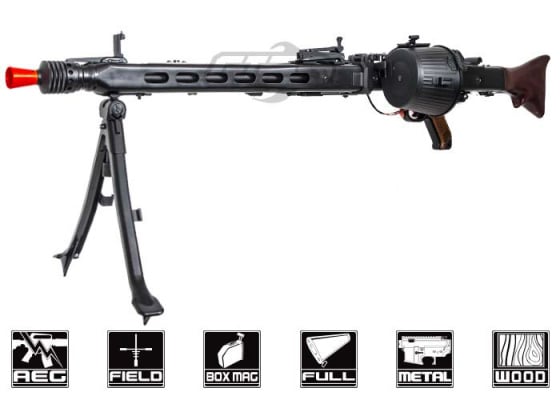 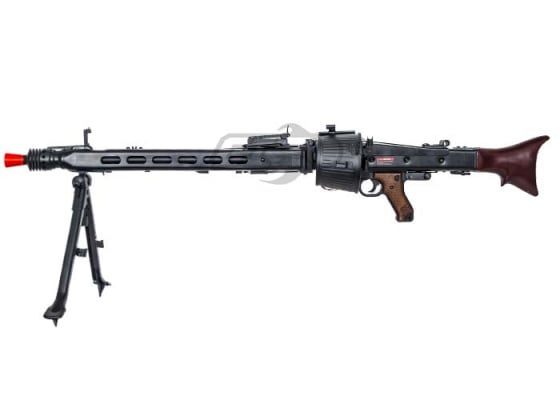 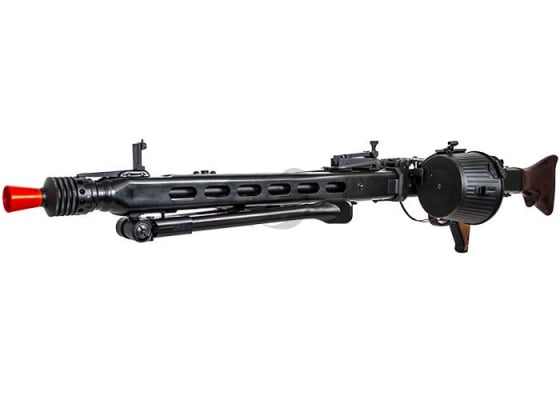 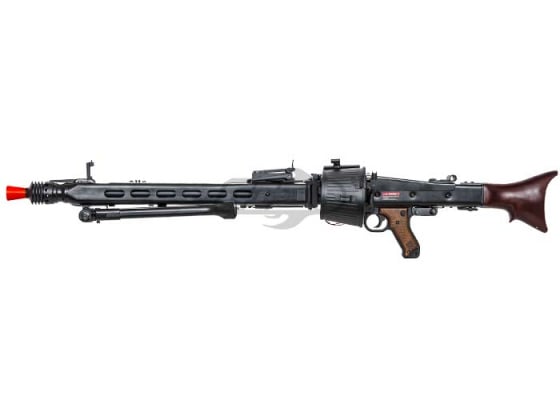 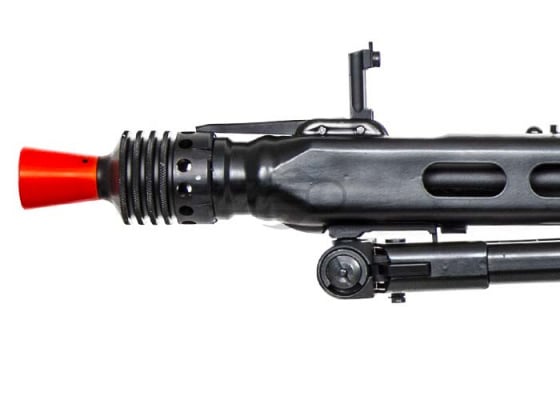 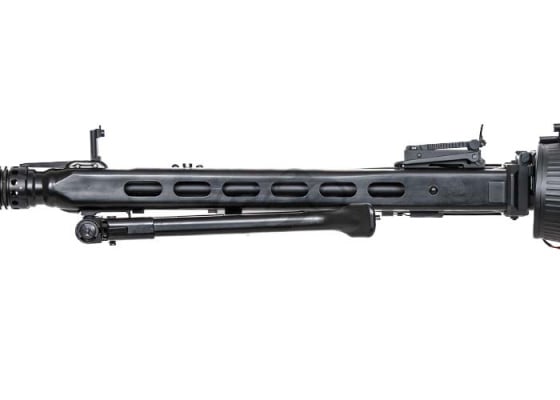 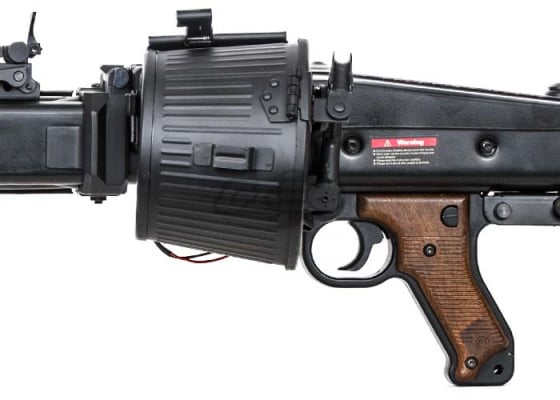 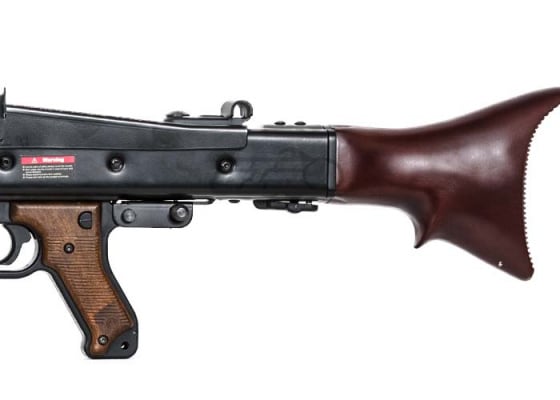 The MG42 was a general purpose machine gun developed in Nazi, Germany, this machine gun entered the service during the year 1942 and supplemented, in some cases, the MG34 in a multitude of branches of the German Armed Forces. The MG42 was proven to have reliability, durability, and simplicity during operation on the field. A&K has done a fantastic job of replicating the MG42. This MG42 features a full metal front assembly as well as a real wood stock and grip. The battery is housed between the stock and body, a beneficial factor is the quick release / install of the wood stock allowing ease when transporting or replacing batteries. The included motorized drum magazine allows you to keep a constant suppressive fire downrange. The MG42 is a must for those fulfilling the support role on their squad or team. The included battery and charger allows the user to get out and play much faster. Overall, this is a well built airsoft machine gun for the World War II favored airsoft player and collector alike.

Airsoft GI Battery Disclaimer:
Airsoft GI is not responsible for batteries that have been damaged as a result of improper operation, storage, misuse or abuse, accident or neglect, such as physical damage resulting from misuse; contact with liquid, water, rain, extreme humidity or heavy perspiration, sand, dirt or the like, extreme heat, or food; use of the battery for commercial purposes or subjecting the battery to abnormal usage conditions, or other acts which are not the fault of Airsoft GI. Make sure you understand how your battery should be used and how long it should be charged. If you have any doubt regarding the operation, charging, or storage of your battery and/or charger, ask. A charging battery should not be left unattended and should be picked up periodically while charging to check for overheating. Do not charge batteries near flammable material. For more information regarding batteries please refer to the Frequently Asked Questions or the Airsoft GI Airsoft 101 Guide.

The A&K MG42 LMG Airsoft Gun is great as a prop and for slaying players on the field!

T. OUTLAW | 2016-09-04
Product Information:
its a really great gun and im pretty sure the fps is higher than they say it is. its not something you can really run around with and i broke the bipod 4 games in. it has a little trouble feeding bbs when you first start shooting it so you have to give it some time, i highly recommend it as a stationary LMG if you're looking for one. its still serving me well after a year of having it.

Cons:
-hard to move around with and accuratly shoulder fire
-doesnt feed well when it first starts
-battery runs out before you run out of ammo so buy an extra battery
-very bright orange tip

Talk about the A&K MG42 AEG Airsoft LMG (Black) with your friends on the facebook comments box below: