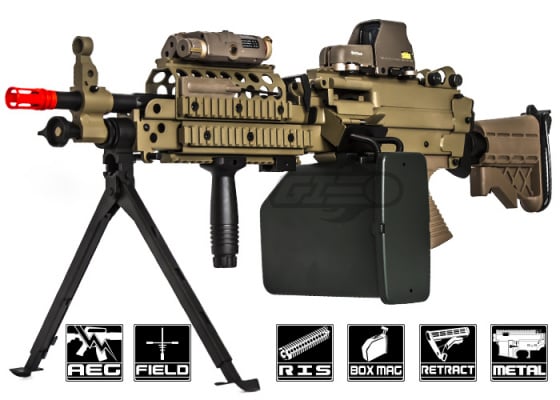 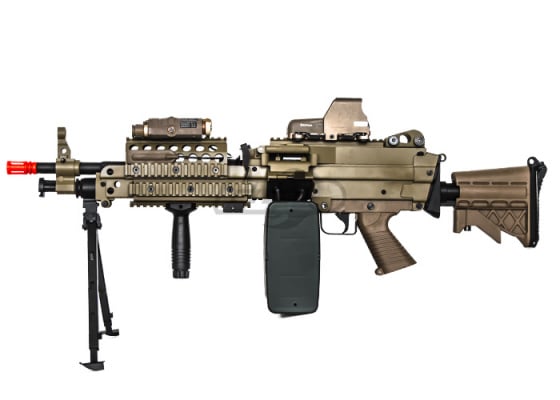 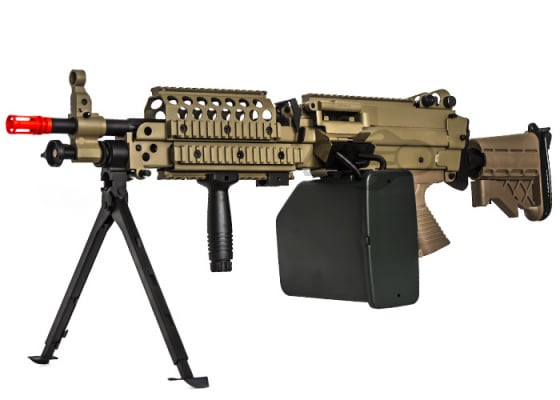 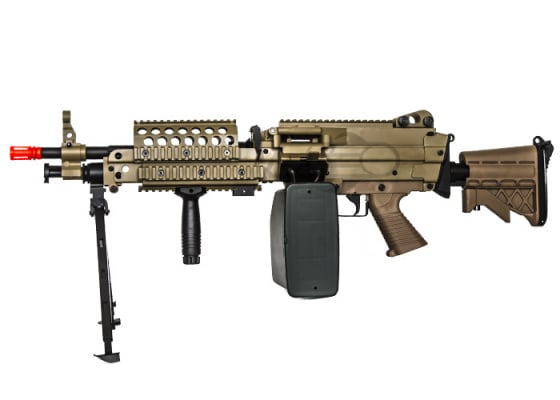 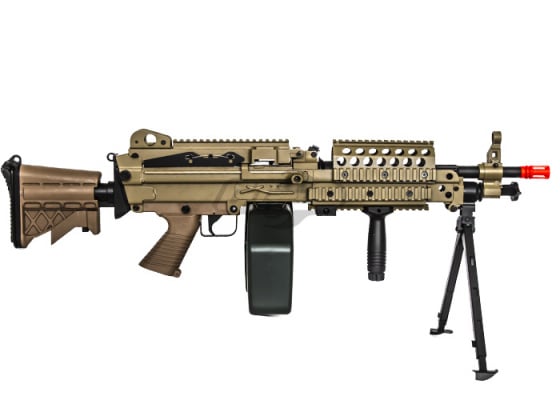 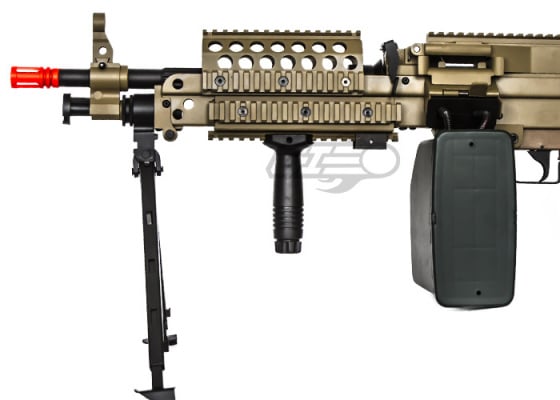 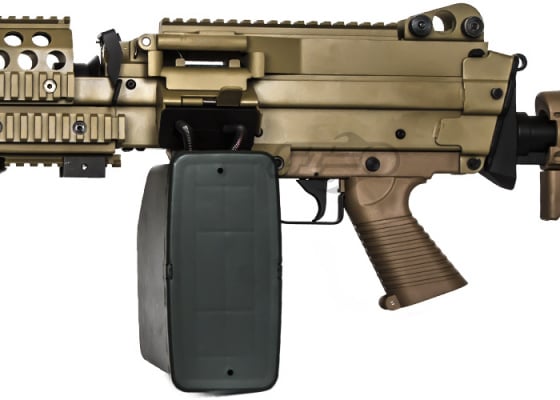 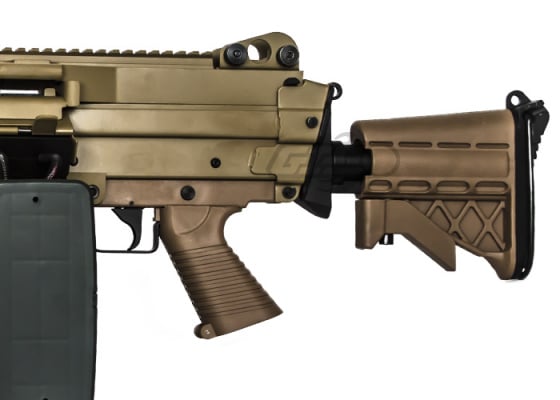 The M249 is manufactured in the United States by the local subsidiary FN Manufacturing LLC in South Carolina and is widely used in the U.S. Armed Forces. The weapon was introduced in 1984 after being judged the most effective of a number of candidate weapons to address the lack of automatic firepower in small units. The M249 provides infantry squads with the heavy volume of fire of a machine gun combined with accuracy and portability approaching that of a rifle. This is a variant of the special purpose weapon adopted by USSOCOM. The program, which led to both the Mk 46 and Mk 48, was headed by the US Naval Special Warfare Command. Like the SPW, the carrying handle and vehicle mounting lugs have been removed to save weight. This Mk 46 retains the collapsible buttstock used on the SPW. The Picatinny rail forearm also differs slightly from the SPW. The Mk 46 has the option of using the lighter SPW barrel or a thicker, fluted barrel of the same length. The A&K M249 features a full metal construction and detailed finish. Towards the rear of the gun contains a multi adjustable stock. Throughout the gun are rails on the top as well as on the sides for mounting optics and other accessories. The built in bipod offer stability for suppressive wire. Battery is housed in the front around the barrel assembly in the rail system. With more than enough space for different types of battery setups. This A&K M249 has the ability to accommodate standard M4 / M16 magazines for ease of use without the box magazine. Overall, an exceptional addition to any arsenal especially those fulfilling the support weapon role.

The A&K MK46 is an excellent replication of the real firearm counterpart. The externals of the rifle are constructed out of metal for a more realistic approach to weight, durability, and function. The front portion of the gun utilizes a rail system for the mounting of accessories such as vertical grips, flashlights, lasers, etc. needed for the operation. With the included box magazine, this rifle is ready to go for continuous suppressive fire like it was designed to. Collapsible stock allows for easy adjustment to the shooter. Internally, this airsoft gun was designed to perform exceptionally well out of the box and an ideal choice for many airsoft players looking to fulfill the support class role on the field.

verified buyer
C. KES-LLS | 2016-04-12
Product Information:
A&K Full Metal M249 Desert MK46 SPW AEG Airsoft Gun is amazing the price is high but I would say this is a cheap for what it is I spent $400 just getting the gun and if you like light machine guns this is to die for best gun I've ever been in a around even a mini gun is worse than this it comes with a grip and a lot of rails u can use it with hip fireing or it can be like a normal gun best gun I have ever had and I've got a lot of guns so 10/10

Pros:
Rails every were but it don't get in your way
Grip for hip fireing or have it like a normal gun
Lighter than most LMGs
Sights like a ar15 best real gun in my opinion don't need sights
Inter barrel so accuracy as a lot of guns

Cons:
None best LMG or any gun

Talk about the A&K Desert MK46 SPW AEG Airsoft LMG (Tan) with your friends on the facebook comments box below: