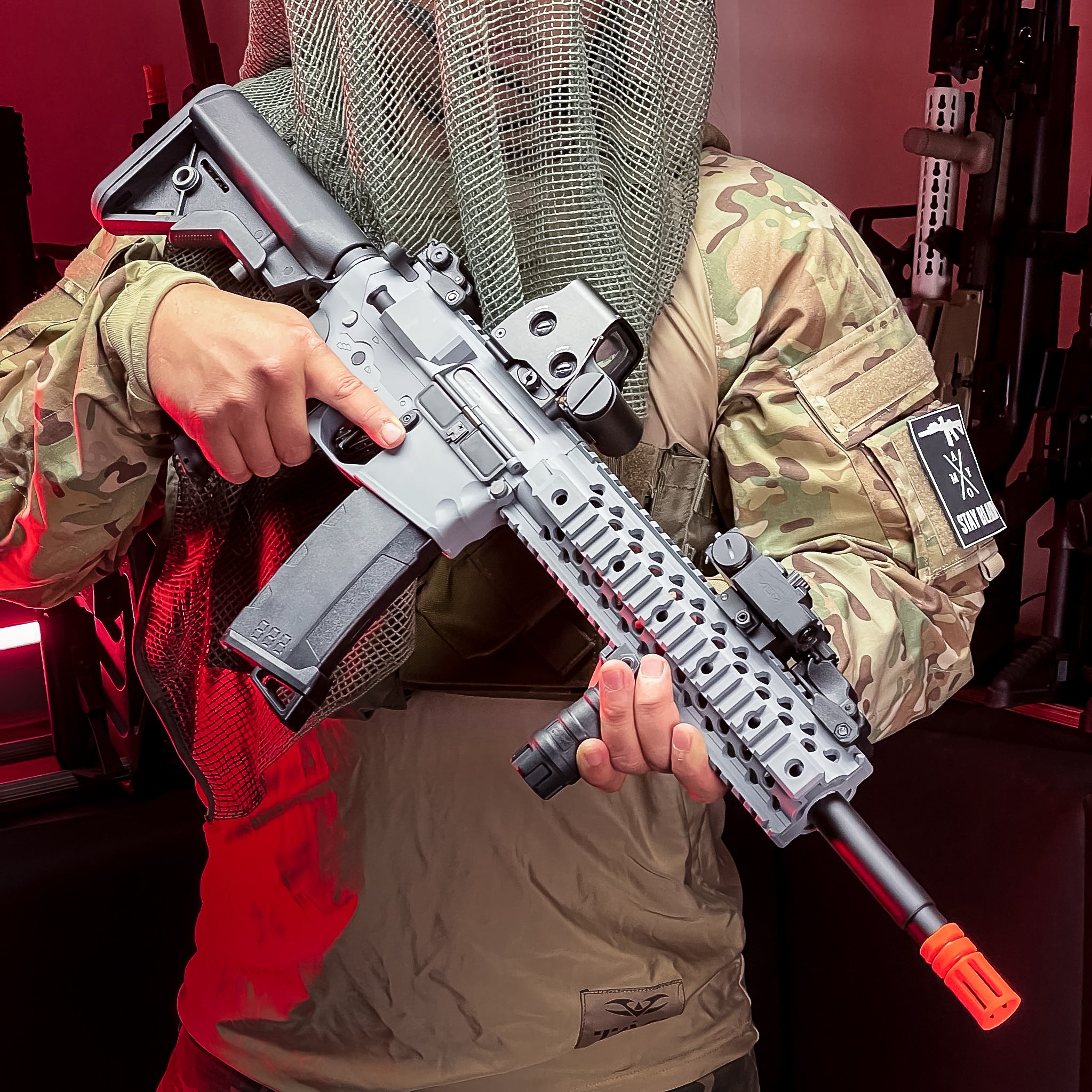 2021 has been kind of lackluster for new releases, between the global pandemic and materials shortages and thats not even mentioning logistics and shipping changes in every industry in the world. Lancer Tactical, being the bold challengers of tradition that they are decided to release not one new gun, but a whole new line of them anyway. To the uninitiated the Gen 3 rifles from Lancer Tactical may not look all that new from the outside, but there have been a huge swath of changes made that iterate on the greatness of the Gen2 line that released a few years ago, pushing the Gen3 into must own territory very quickly.

Whats in the box? 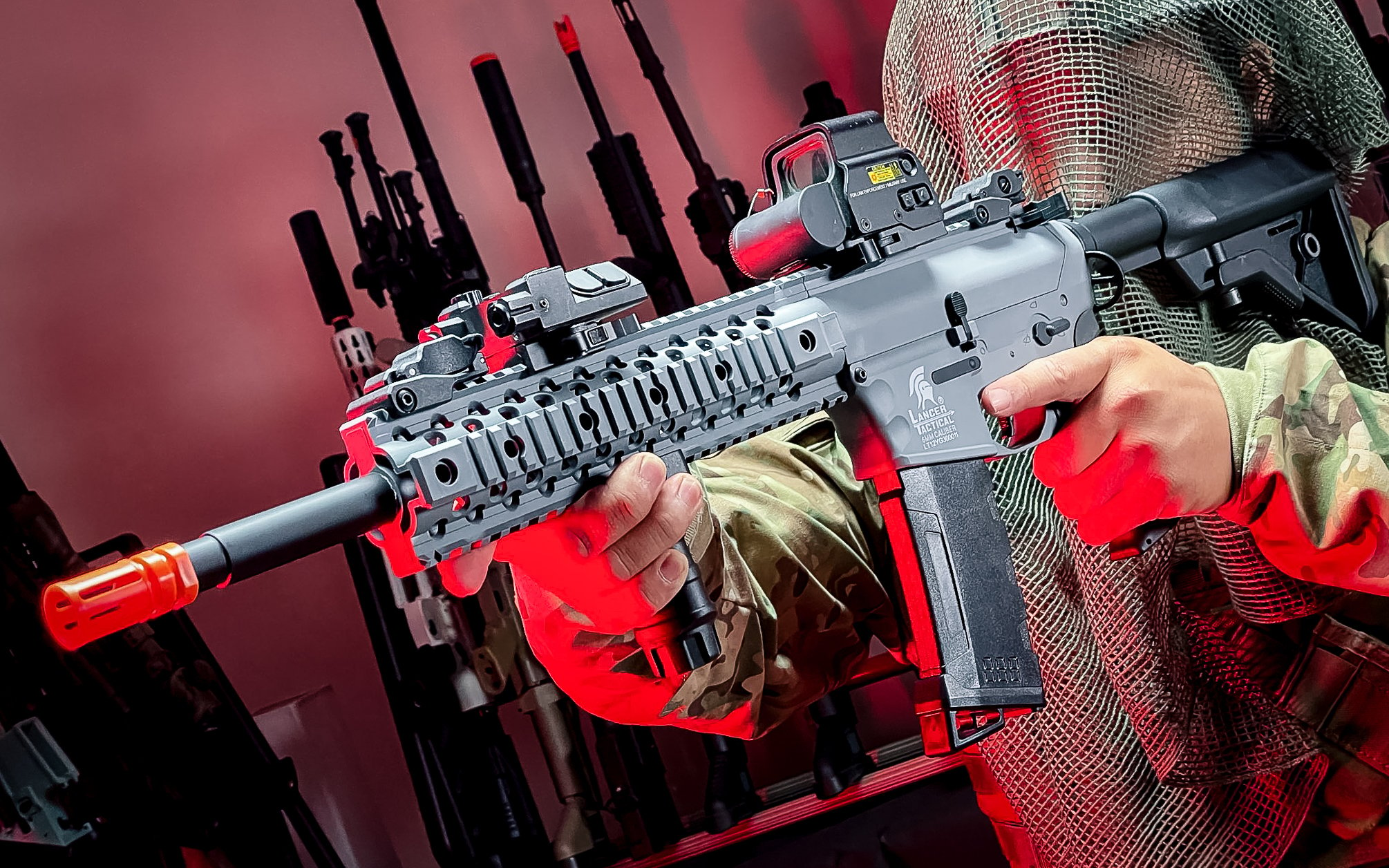 Starting from the outside in, Lancer has bucked the standard on what comes included in the box with your rifle. Each box includes a high end mid-cap magazine, the Lancer Tactical High-Speed, which have been on the market separately for a little while now and are amazing for high RPS builds (which youll need, more on that in a bit) and feed amazingly. They also include a low FPS m100 spring with every rifle, so you can work out the quick change spring system, without buying any additional parts.

While hardly the first company to do this, they are definitely the first to do so on a whole line of rifles that leans harder towards this is my first gun than this is a high end piece for connoisseurs and collectors. While they have removed the pack-in battery and charger that came with most Gen2 rifles, we think this is completely a move for the positive. Pack-in battery and chargers are never good, and you will replace them at some point in your airsoft career anyway, so its good to cut out that cost or replace the items with more useful things. The M100 also allows Lancer to cut the low power guns from the line up, which only helps save you money, and give you more options for where to play. You have about 380-400 FPS on the M120 that comes installed, or the option for around 330-350FPS if you decide to swap the M100 in, which is a very easy process that even a beginner can do, unless for some reason you are screwdriver-averse.

What Stayed The Same? 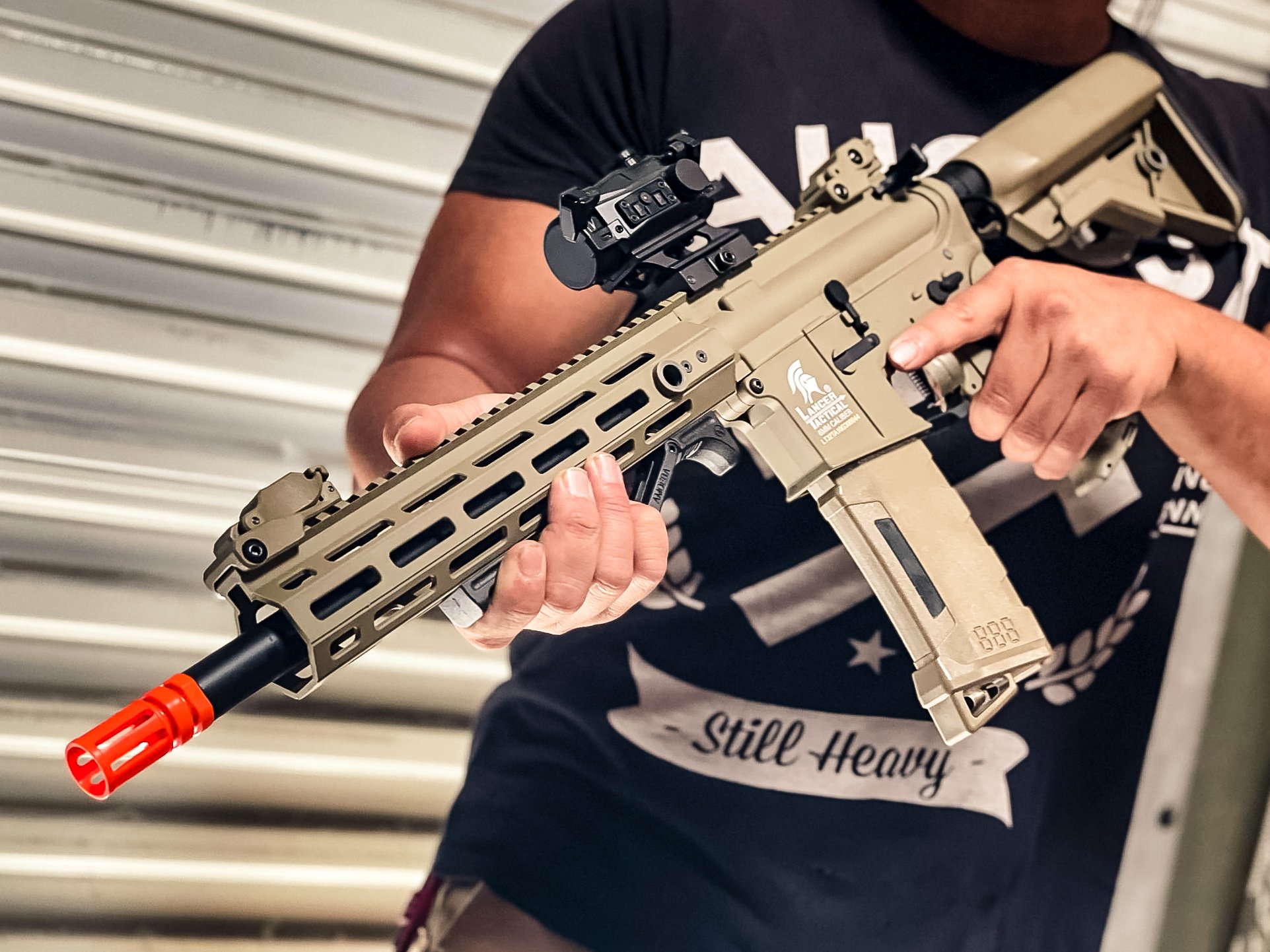 Lancer Tactical nailed a lot of great features on the Gen2, and some of those stayed the same moving into the Gen3. Theres absolutely nothing wrong with keeping the best parts of the previous line up, and improving things that need improving. Heres the notable features they kept:

All of these were the best parts of the upgrades found in Gen 2 rifles, some in the gun, and some outside of the rifle itself, like the warranty. The earliest models of Gen3 will feature the most popular body styles of the Gen2, so youll know exactly what to expect ergonomically, but that doesnt mean these rifles are just the same with some new pack-ins in the box. Theyve had a whole host of changes made to keep them modern and competitive with even the most high end guns on the market.

What Did They Change to Make These Guns Shoot So Well? 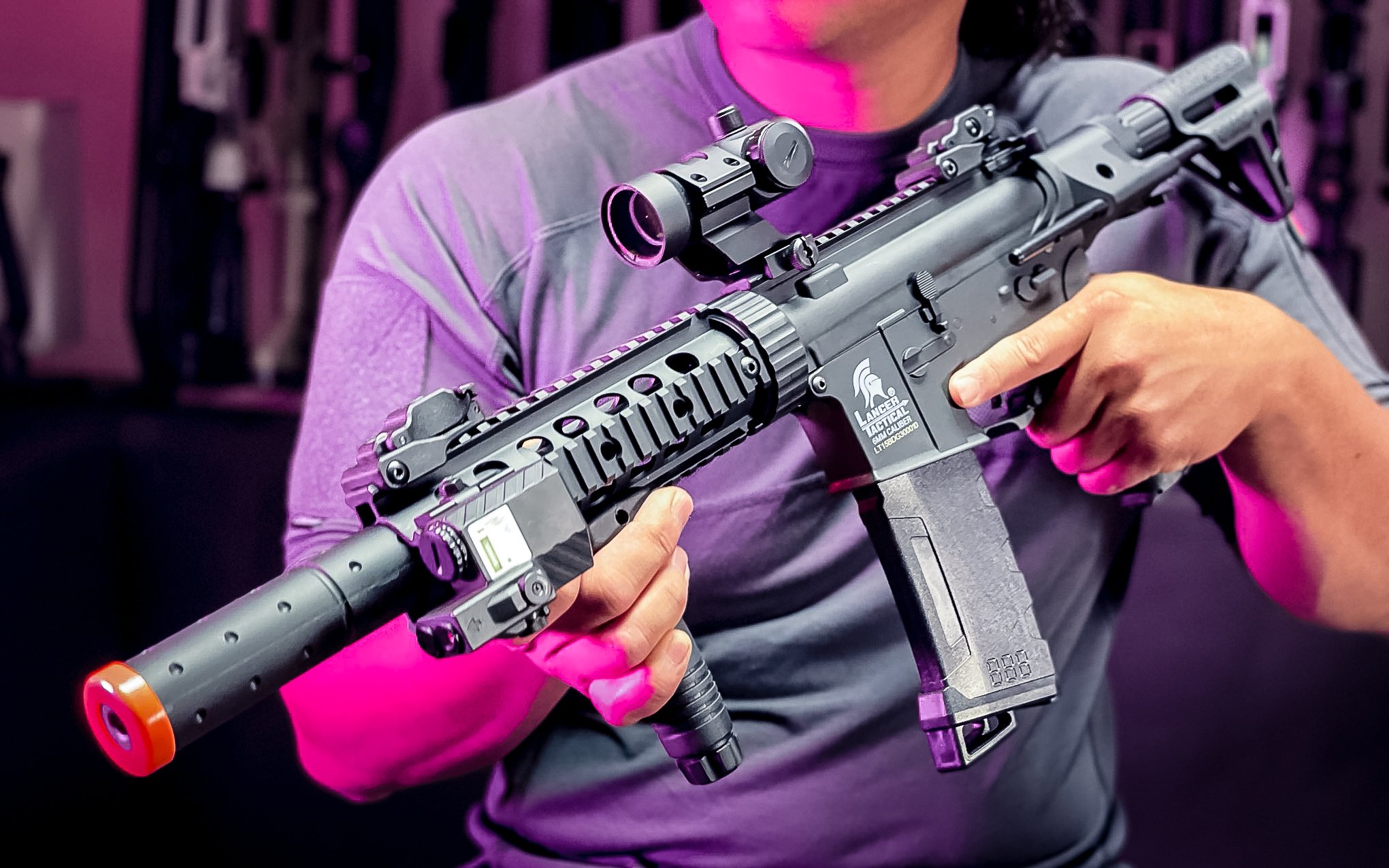 The heart of this gun is the new programmable electronic trigger. It allows you to have some options for your fire selector, and its incredibly easy to program by following the instructions included in the box. Do you want burst fire? What about semi-only or a binary trigger? Youve got it with the new Lancer Gen 3s! We can't overstate how easy the programming is, done entirely from the controls already on the rifle, without having to connect another device. That means you can program in the field when your combat needs change.

From there, we move to the upgraded gearbox. The piston includes a full rack of steel teeth for excellent durability, and coupled with the new 18:1 gears, you can push 22-25 rounds per second out of this bad boy stock with the right 11.1volt LiPo battery. Lancer has a 19000 RPM motor in the grip as well, which seems like itd be weaker when other companies can boast up to 31000 rpm, but dont let the numbers fool you, this gun has serious power behind it. Did we mention your electrical connections terminate in a Deans plug as well for better connection and reliability? This is something we wish more companies would do from the factory, Deans plugs are the future. 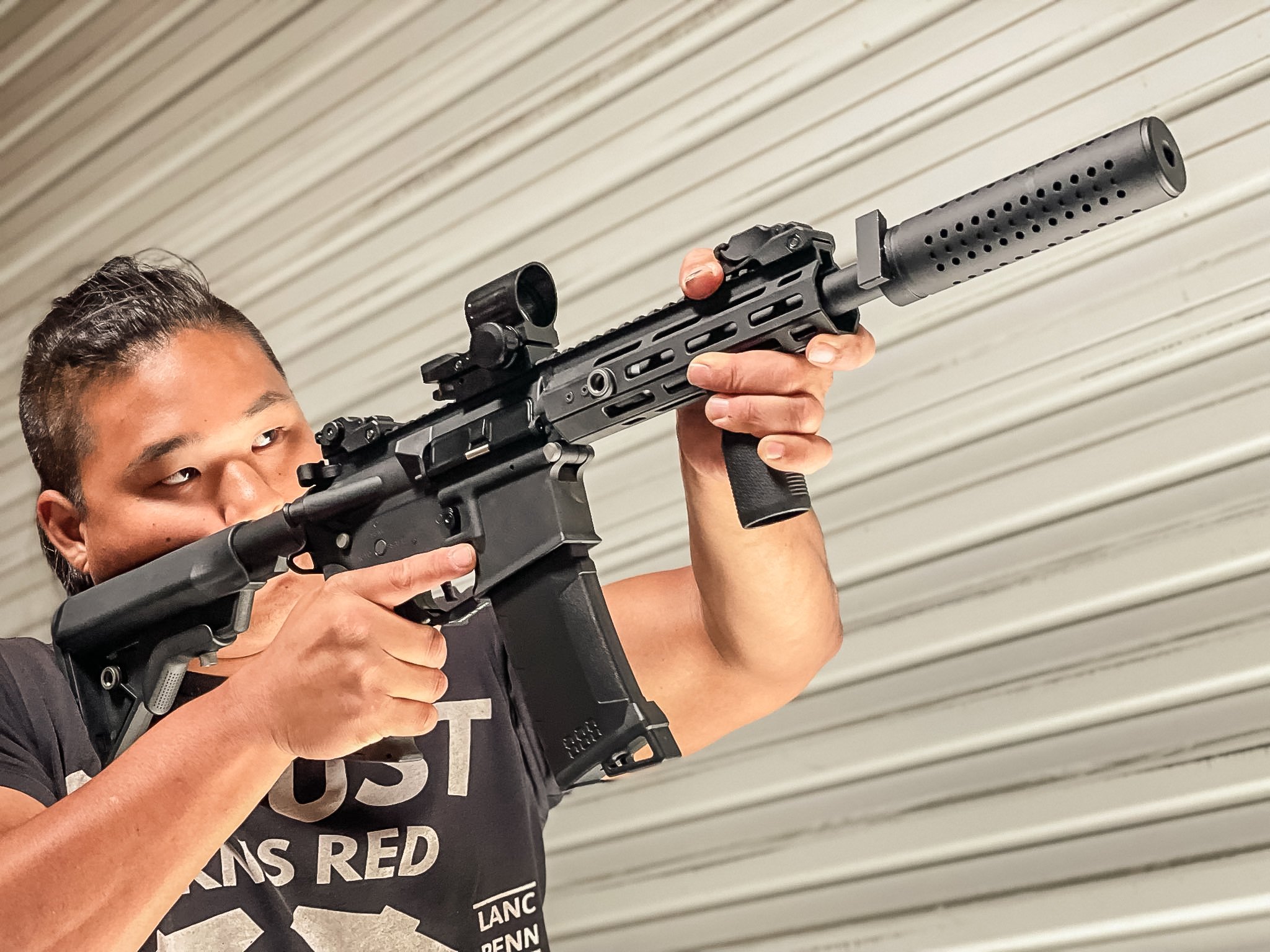 Whether you want to play at higher FPS in an outdoor MILSIM setting, or you want to be a speedy lad dashing about in doors, you have options in the box for either. The included springs are easy to swap between, and give you both of the desired FPS ranges for most players. Couple this with insane accuracy and range thanks to the included tightbore barrel and rotary hop up unit, and you have a gun that will hang with the Avalons and Krytacs of the world, and even outshoot them if you have the skill.

Where Can I Get One? 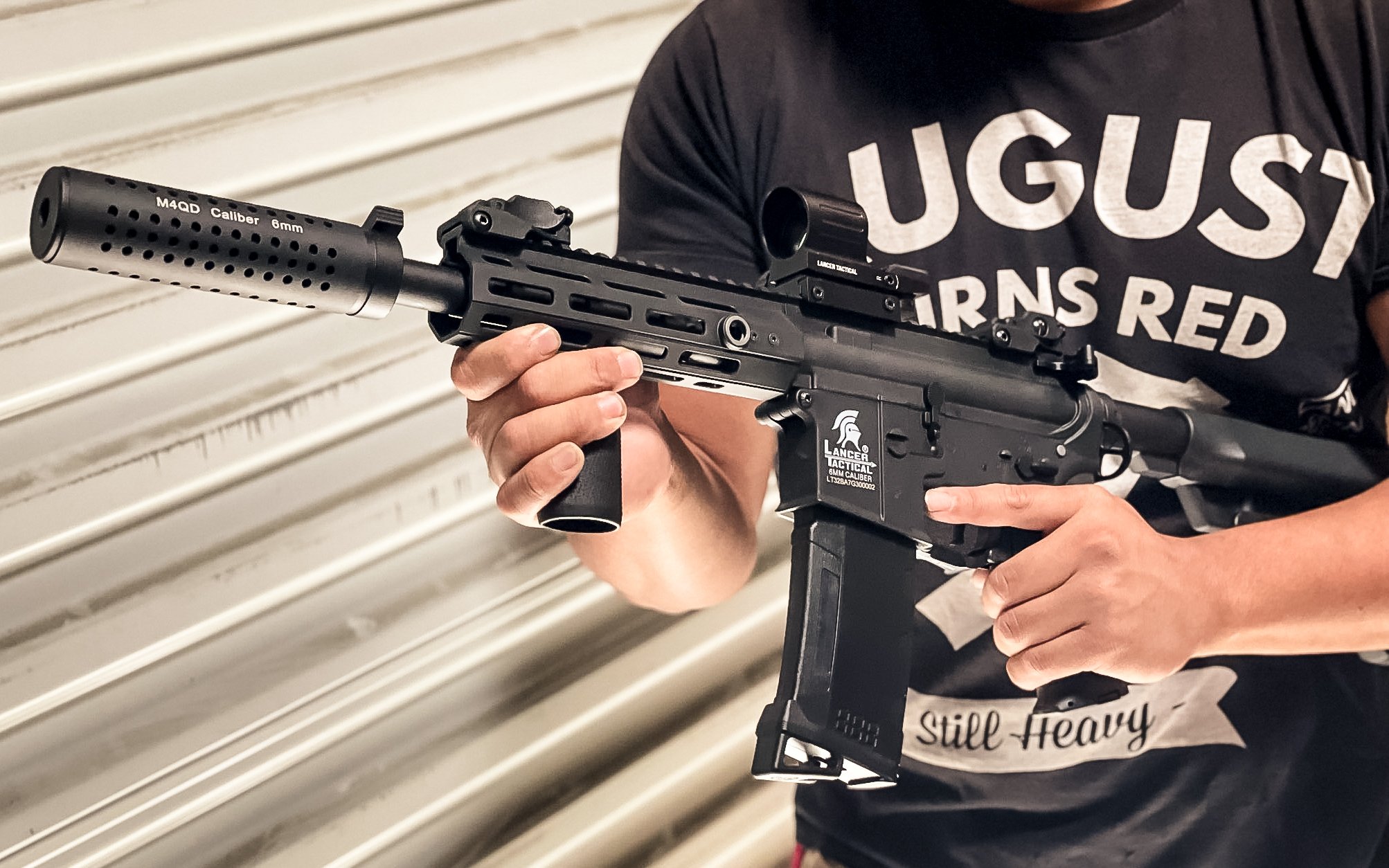 You can get your Lancer Tactical Gen 3 airsoft gun first right here at Airsoft GI! We have the entire line available for you to pick up right HERE. These airsoft guns come in a variety of styles and price points depending on the type of gun you want or what fits your budget.

Whether you want the ultra classic stylings of the LT-02 or something Modern and covered in MLOK like the LT-32, there is a gen3 for every player. Get ahead of the game and pick yours up today!