The market for airsoft guns has gotten so large and full of options that picking a starting airsoft gun can be very difficult. There are so many features and styles to choose from that it can be very difficult to know if the gun youre buying is the best one for you. Fear not young Airsofters! Weve got your six with a brand new top five list full of great beginner airsoft guns (in no particular order) that would make a great starting point to your outdoor and MILSIM airsoft career and all for under $200! 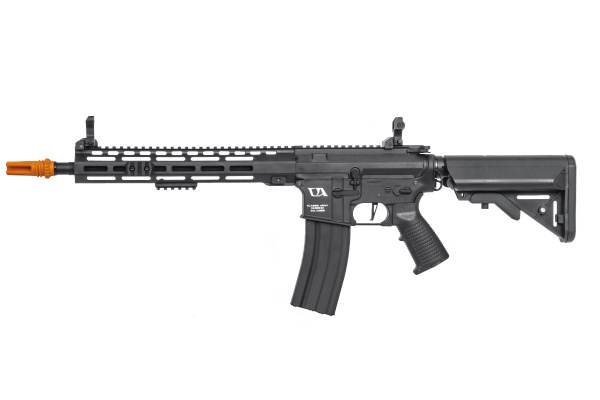 first gun on our list checks all the necessary boxes for a quality starter airsoft gun.

It also packs a ton of features into a budget friendly bundle. The built in tight-bore barrel makes it accurate, while the high torque motor and quality full metal internals make it snappy and a breeze to shoot. The most unique piece of this gun is in the trigger though. Its ECS trigger allows this gun to be programmed for different options on the fire selector. Whether you intend to run semi-automatic only, with three or five round burst, or want to let your fun switch do the talking, this trigger can be programmed to a whole world of settings to fit your play style, whatever it may be. 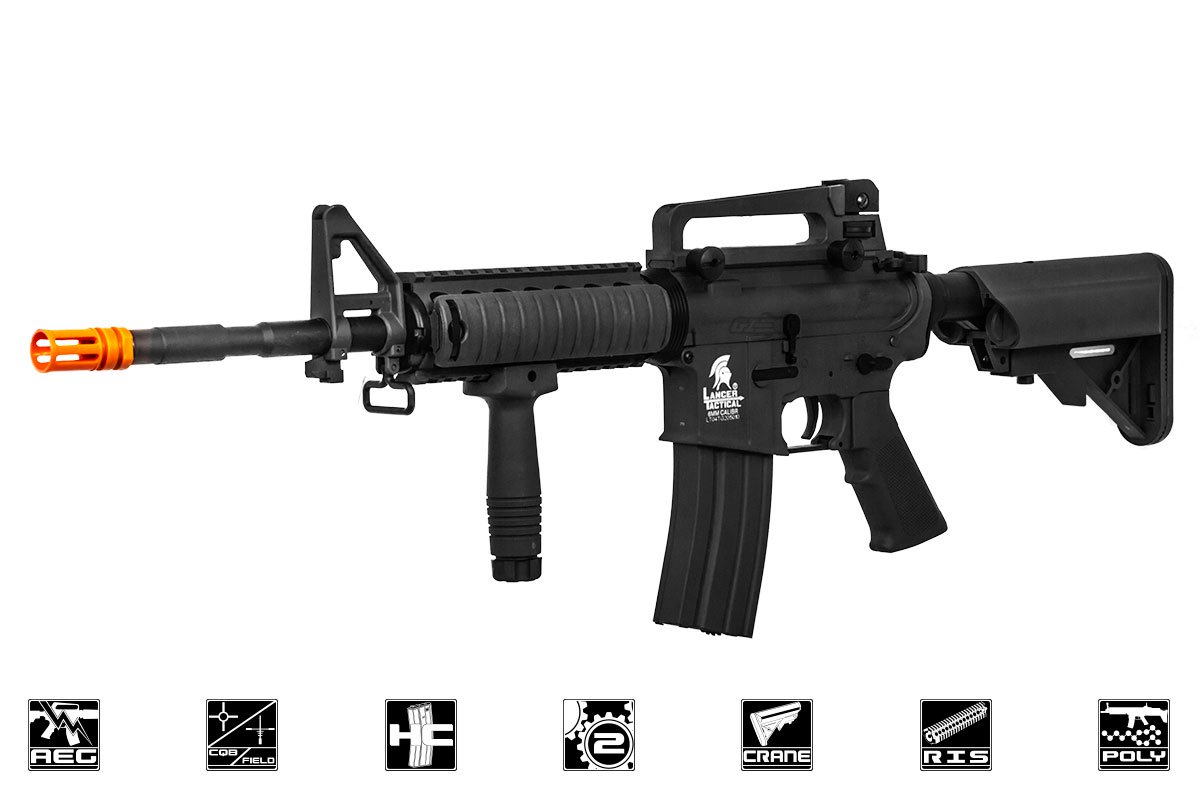 The next gun on our list is the perfect item for those after a classic MILSPEC look, but dont want to blow out the budget on a new BB blaster. The Lancer Tactical LT-04 maintains the classic M4A1 stylings that many players want when they shop for a first gun, and comes packed with high performance parts. The LT-04 also includes a tight-bore barrel for increased accuracy. This makes it more than capable of taking on the higher end guns owned by many experienced players, and definitely levels the playing field for a beginner. It stacks the box with value as well, coming with some extra rail covers, and a foregrip to let you customize your rifle just a bit more. In fact, many of the Gen 2 Lancer rifles feature this level of value and performance, and we could have honestly stocked this list with nothing but rifles from the Gen 2 line up. 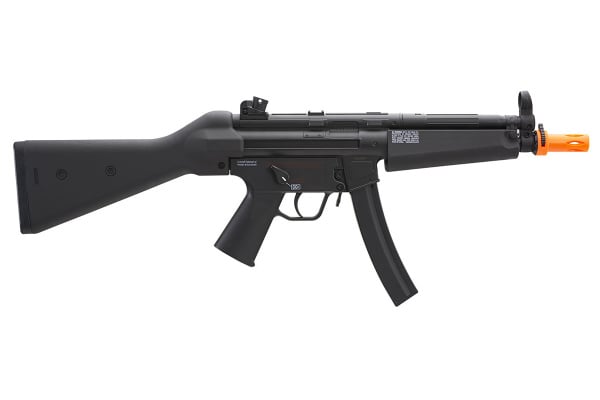 For the middle point in our list, were stepping away from the AR15 style rifles and moving to something a bit more classic. The Elite Force MP5 Competition line, available in both an A4/A5 variant, and the SD6 variant with a built in mock suppressor, is another budget minded option that punches well above its weight class. The MP5 Competition guns may feature lower FPS than some of the other guns on this list, but they are still more than capable of being a functional outdoor gun. The hopup included with these models is great at sending BBs out far enough for most mid-range gun fights, and the light weight and smaller stature make them perfect for recon focused playstyles as well. These are very maneuverable and small guns perfect for outdoor fields that can transition very quickly to tight quarters inside of buildings or thick brush. The added inclusion of an extra magazine in the package is just icing on the cake! 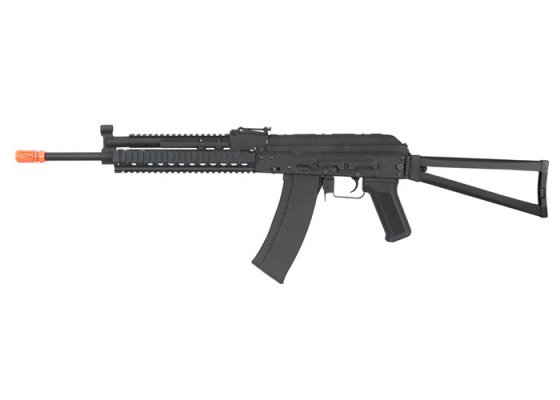 Number four on the list is the full metal option for our less NATO inclined players. This option still allows for a ton of customization, but in a very decidedly non AR15 fashion. The AK KTR hits a little harder than the rest of the guns on this list, punching in at 410-420 FPS. This means it will drive very hard through brush and foliage. A 600 round magazine means that youll worry a lot less about running out of ammunition in long firefights, and the tri-railed handguard means you have plenty of room for lights and lasers to accompany the sight youll inevitably bolt onto the railed gas block! If you wanted to stand out from the crowd, this is the gun for you! 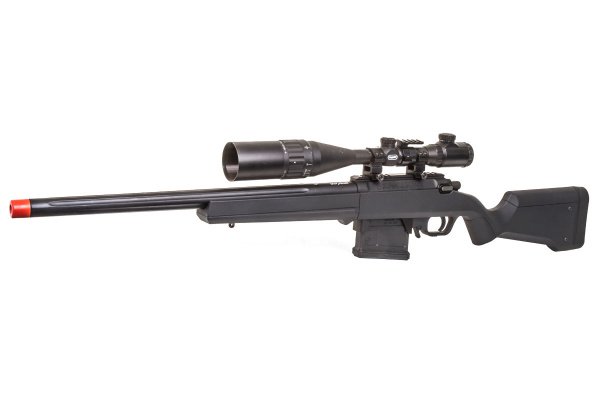 Our last option hits the wild card spot. Its not an automatic rifle, its definitely not for everybody, but there is definitely a niche for people that want a budget friendly bolt-action. The Striker fixes a lot of problems with sniping on a budget. Most sniper rifles under $200 require upgrade after upgrade to be field ready, but the Striker makes an amazing bolt action scout style rifle out of the box. Its lightweight, has a larger capacity magazine than most bolt guns, and only really needs a scope attached to be effective in the field. Sure, there are better bolt guns out there, but not for this price. The other guns in this category cant perform like the striker does under $200. Its not going to hit the farthest shots, but its more than capable of out ranging most AEGs as is. Its what you want when you need the extra challenge to stay entertained on the field.

These guns aren't the only possible options on the airsoft battlefield, but these are some great places to start if what you need is a quick, effective budget minded starter rifle. They cater to a wide range of airsofters, and are all built with performance first. Don't get caught with a cheap gun and get blasted. Take one of these for a spin and make sure you're ready to land the shots you take.