Lets be honest  we all have bad habits. But today, were going to do something about it. From using garbage-grade BBs in your guns to being irresponsible with the eye protection you buy, were going to cover the top five bad airsoft habits you need to quit right away. If youre doing any of these, cut it out. If you have a battle buddy who is guilty, send him this article. Friends dont let friends be bad airsofters. Dropping these bad habits will help both you and your team do better on the battlefield. 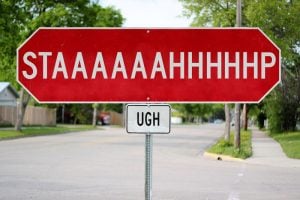 1. Using Cheap BBs, The Worst of the Bad Airsoft Habits:

Weve all been there. When you have to be a 6-millimeter baller on a budget, you have to scrape the bottom of the barrel when it comes to buying BBs. But you arent doing yourself any favors by skimping on BBs, so cut that garbage out of your life right now. You need cheap BBs less than you need to order seven Big Macs at the drive-through. Using cheap BBs seems like its a great cost-saver in the short term. However, they are almost certain to eventually jam or break. This will lead to damage in your gun and cost you infinitely more in the long term. When you look at the numbers, youll save money buying the high-quality BBs. If youre on a budget, plan for these sorts of things, such as making use of bulk-buy coupons or being more conservative with your shooting on the field.

Bad BBs will break in your gun and will cause catastrophic failures.

While were on the subject of saving money, take the wall wart that came with your gun and toss it in the trash. Smart chargers have come down significantly in cost over the years, so there is no excuse not to buy a proper smart charger for your guns. Wall chargers are inherently dumb and overcharge your batteries unless you want to spend every second monitoring them. This leads to overheating, which leads to dead batteries. Do the right thing. Youve spent a lot of hard-earned money on your BB gun, so make sure you protect your investment in your batteries as well. 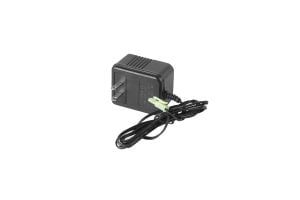 Wall chargers are as basic as they come. You have no control over the energy dispersed and no guarantee they will work past the first use.

3. Quit Leaving Your Battery Plugged In: 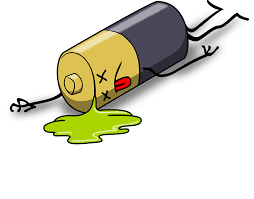 Youre already buying junk BBs because you burn through batteries faster than a dumpster fire  dont kill your magazines too. Empty those bad boys after youre done slinging plastic for the day. Shoot your last few shots or dump them on the ground; just dont leave those springs compressed. Magazines get expensive when you have to buy a new box every month. Staying up watching the entire extended cut of the Lord of the Rings trilogy so you can clean and decompress your magazines is also an incredible headache. This is a major bad airsoft mistake many players make and they all need to fix it immediately. Losing a few BBs, even if theyre high-grade plastic, will cost you a lot less than a new magazine. 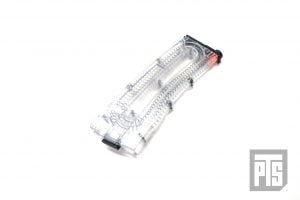 Damaged or weakened springs in your magazine can cause jams or feeding issues. Its best to unload them to keep the springs in top condition.

5. Quit Being a Cheapskate on Eye Protection:

Now that your gun is working because youve started following the rest of our advice, you need to make sure your eye protection can take the hits. Youre going to get shot in the face. Accept it. It happens to even top-tier elite YouTube celebrity airsofters. Dont go blind because you skimped on one of the most important parts of your kit. Good anti-fog airsoft goggles can be had for a low cost. With all the money youre saving because you arent blowing out your magazines and batteries at every turn or killing your gun with cheap BBs, the price should be a non-issue. You cant replace eyeballs yet, because Minority Report was a mediocre Tom Cruise movie (and a horrible TV show) and not real. Protect your eyes. Get the good stuff. 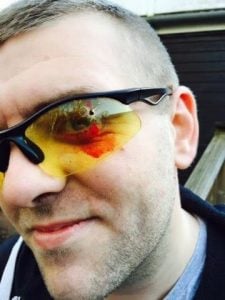 Eyes can cost a lot of money to replace. Good eye protection is worth its weight in gold compared to a new eye.

If youre going to put a grenade launcher on your gun, for the love of the Bloop Gun God, USE IT AS MORE THAN A COOL GUY PAPERWEIGHT! That M203 is a great implement for clearing rooms, throwing up a bath of indirect fire, and scaring the turd on the brink of expulsion right out of the pants of the guy on the other side of that bit of cover. The key is actually using them. If you drop the bones on the tube, make sure to pick up and charge a few of those shells for use in a game. Otherwise, adding that weight to your gun does you less good than those seven Big Macs you ordered in the drive-thru. In fact, we could say this as a bad airsoft accessory habit in general: dont buy stuff you arent going to use. Youre playing to win, not to just look cool. 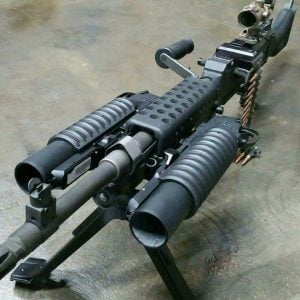 All that weight isn't doing you any favors if you don't have any food for those tubes.