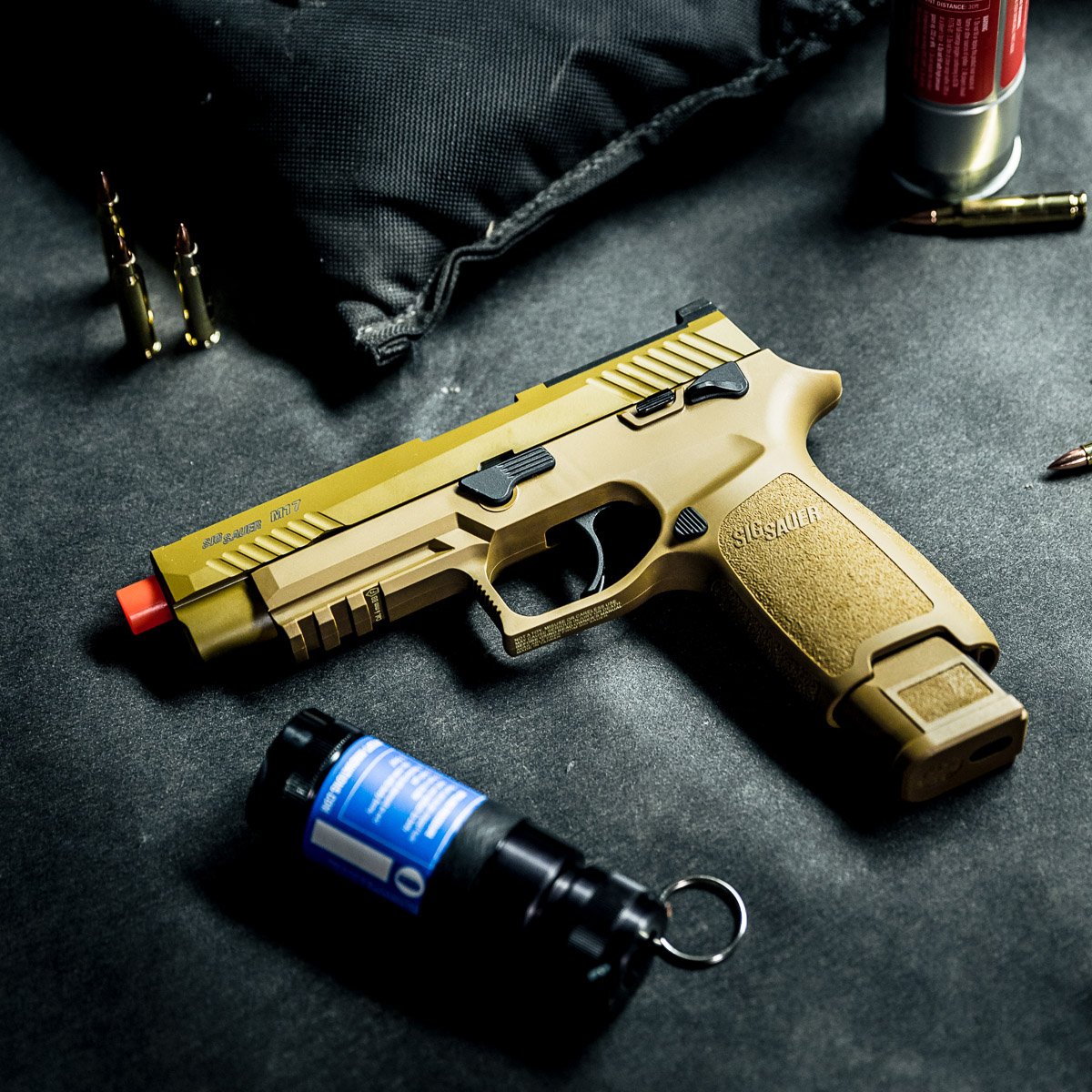 In 2017, SIG Sauer announced that the P320 MHS won the United States Militarys Modular Handgun System trials. Also known as the M17, it was announced that the first Army Unit to receive the P320 M17 would be the 101st Airborne Division. SIG AIR has released the M17 gas blowback pistol on the airsoft market, but does it live up to the hype of the real firearm? 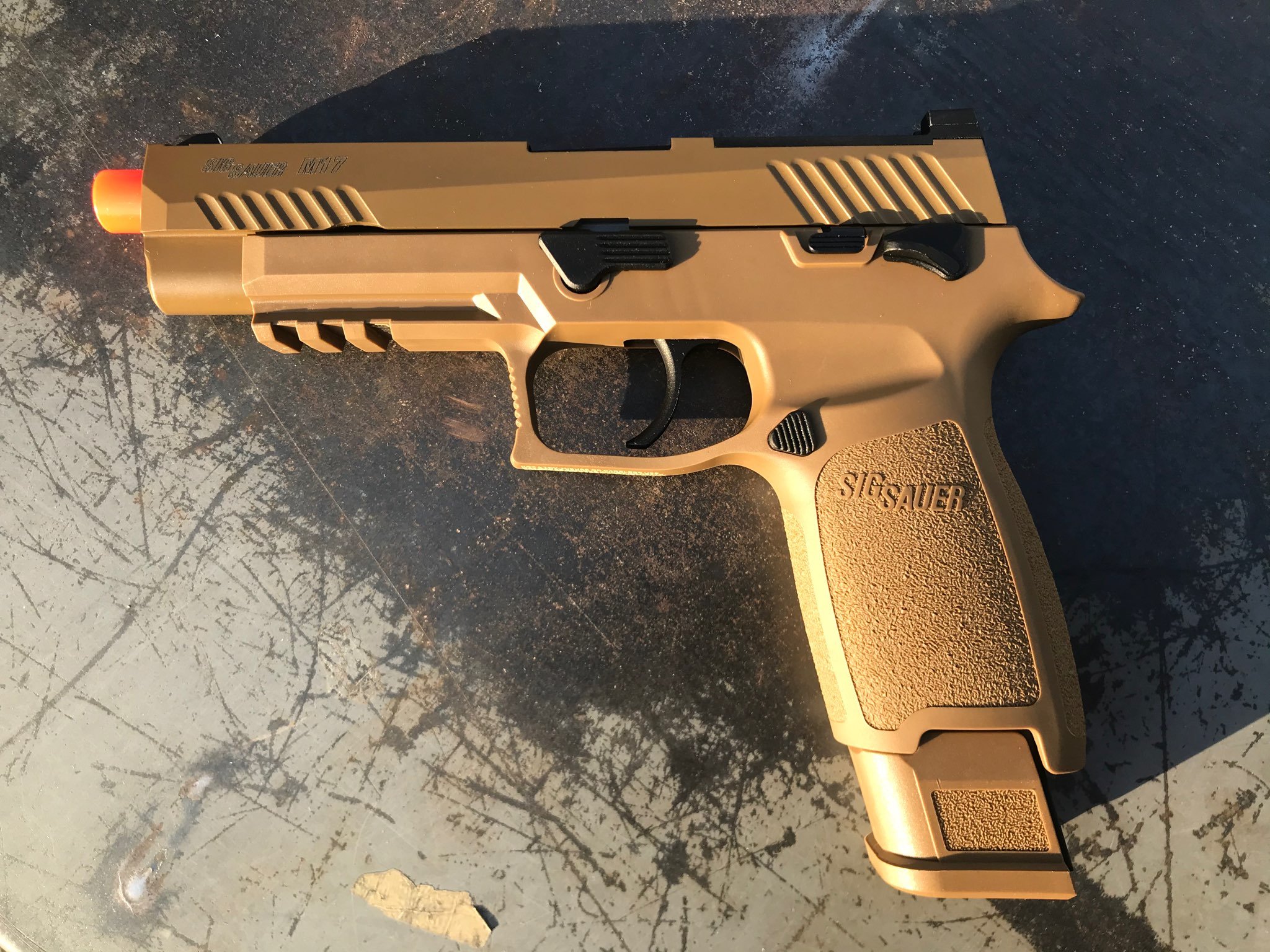 Is it a One-to-One Replica?

The SIG AIR M17 is available in both Green Gas and CO2 versions. The slide is a metal construction with a polymer frame. The slide is slightly darker that the frame, with black accents on the trigger, iron sights, and other controls. The rear sight is removable to attach a pistol red dot, however there is not an adapter plate available yet. The controls of this gun are completely ambidextrous. The magazine release can be moved to the opposite side and all of the other controls are accessible on both sides. The magazine for both models holds 21 rounds. This is accurate to the real extended magazine that the airsoft version is replicating. All of these details are accurate to the real firearm. Making this gun prefect for cross training with the real SIG M17. 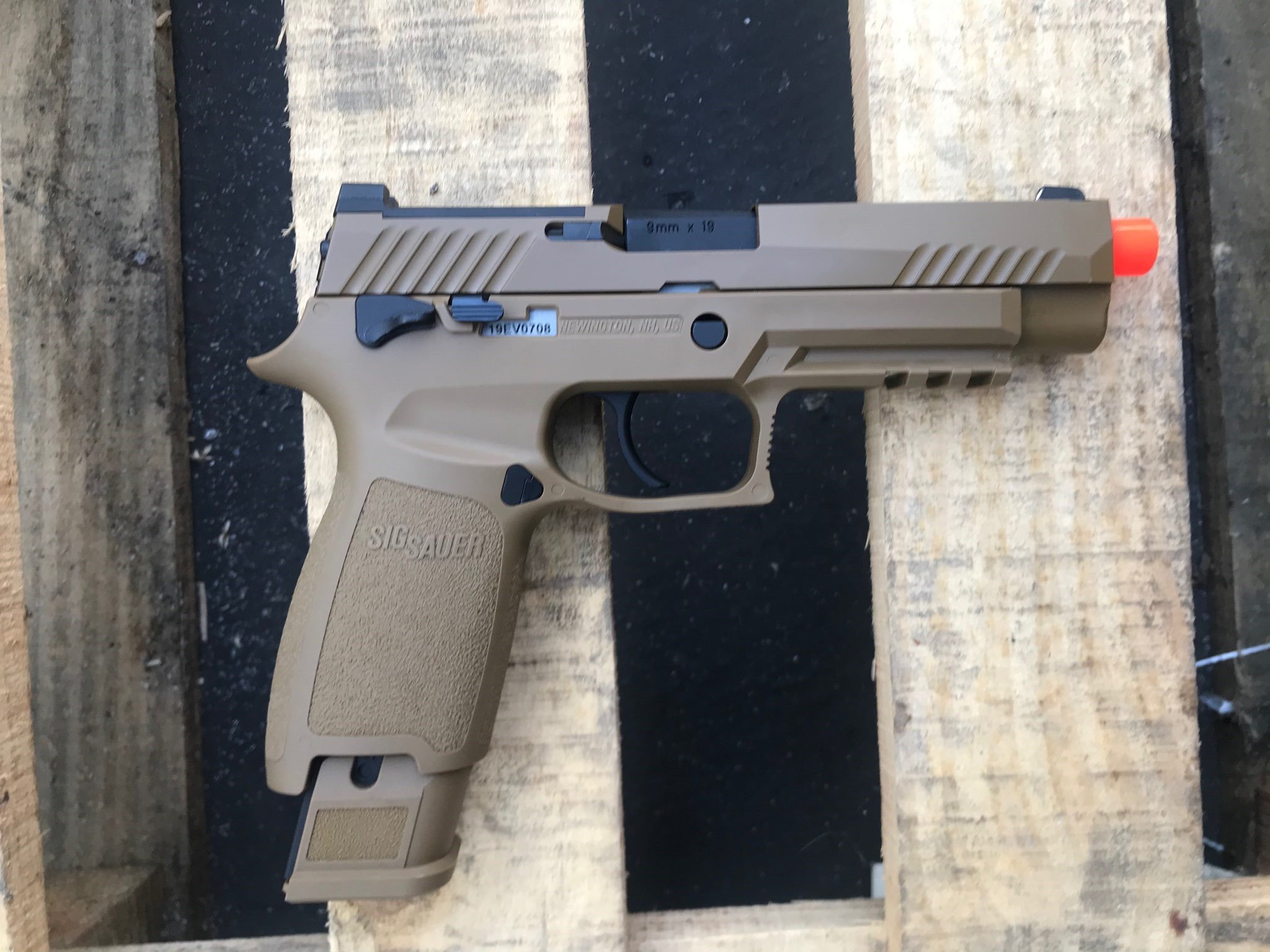 How Does It Feel?

The trigger is a bit squish. When pulling, there is a lot of space for the hammer to release. With no definitive wall to break. The trigger resets almost all the way to the front of the trigger. When trying to feel the reset and trigger break, it isnt the greatest feeling. When you are shooting to hit a target, you notice how strong the trigger spring is and how it forces the trigger forward to reset. You are able to shoot this gun very quickly. You can easily go through 21 rounds if you arent paying attention. The slide has a positive lock when the magazine runs dry. The hop up is adjusted through the spring guide with the included adjustment tool, making this very easy to tune in. The texture on the grip itself is somewhat confusing. When holding the pistol at first it feels somewhat smooth, but after applying some pressure. You notice that the gun does stays in place. It is almost like a fine sand paper. Finally, being able to power stroke the slide is an awesome feature! Being able to insert a new magazine without having to hit the slide release will help increase the longevity of the gun. Now some may thing this is redundant, but it is an extra feature that I really like. 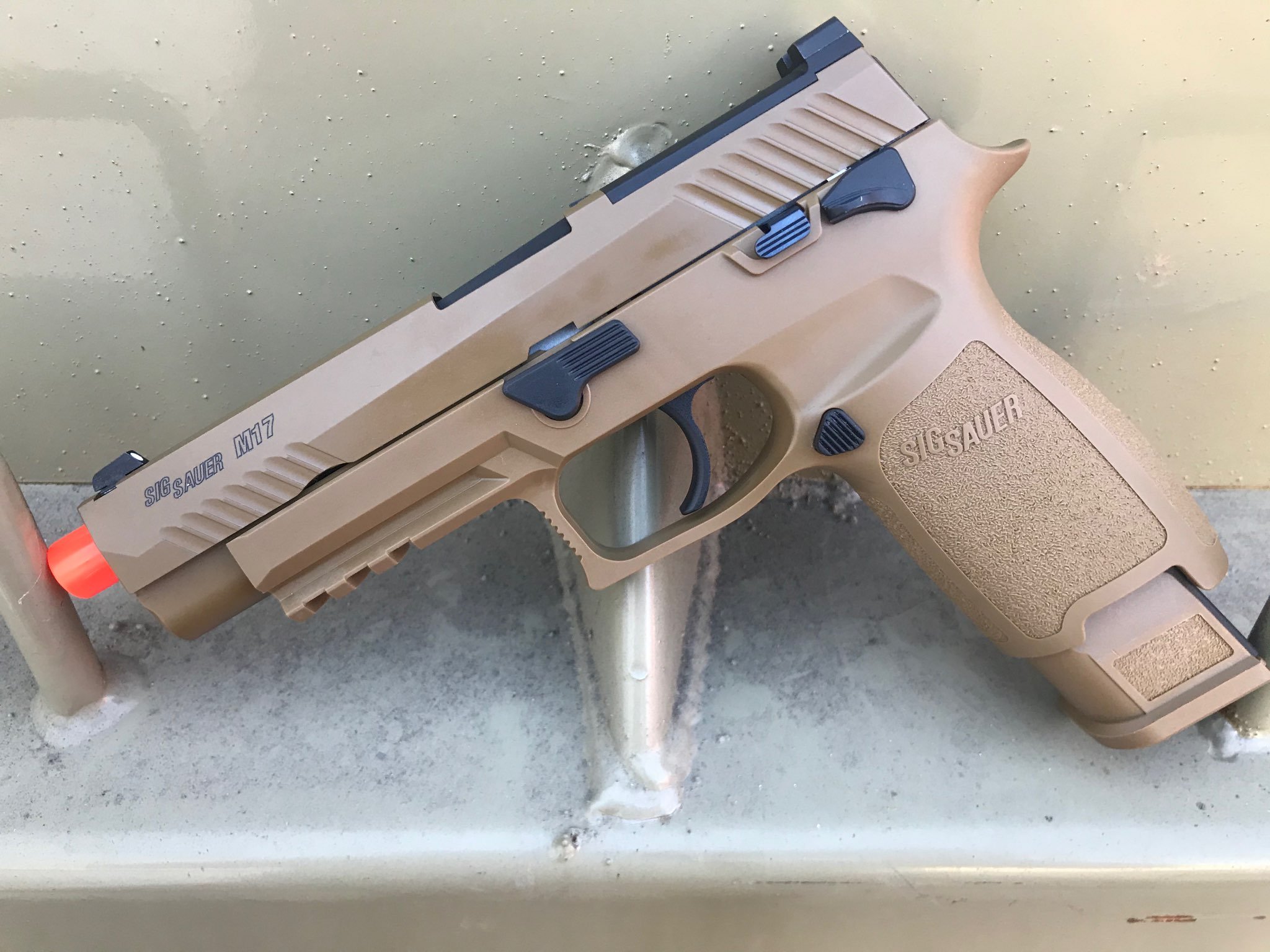 Between the CO2 and Green Gas Model, of course CO2 kicks harder. The higher pressure of CO2 causes the slide to cycle faster when shooting. The Green Gas model still shoots very well and is very satisfying. The hop up can handle heavier weight BBs, especially the CO2 model. With a fresh cartridge, the first shots reach up to 420 FPS! This is insane for such a short barrel! After putting a few rounds through it, the velocity settles to around 380 FPS. The green gas version is shooting around 320-330. During our shooting tests, I was able to hit targets out to 100 feet with ease. This gun is very accurate and is very consistent. 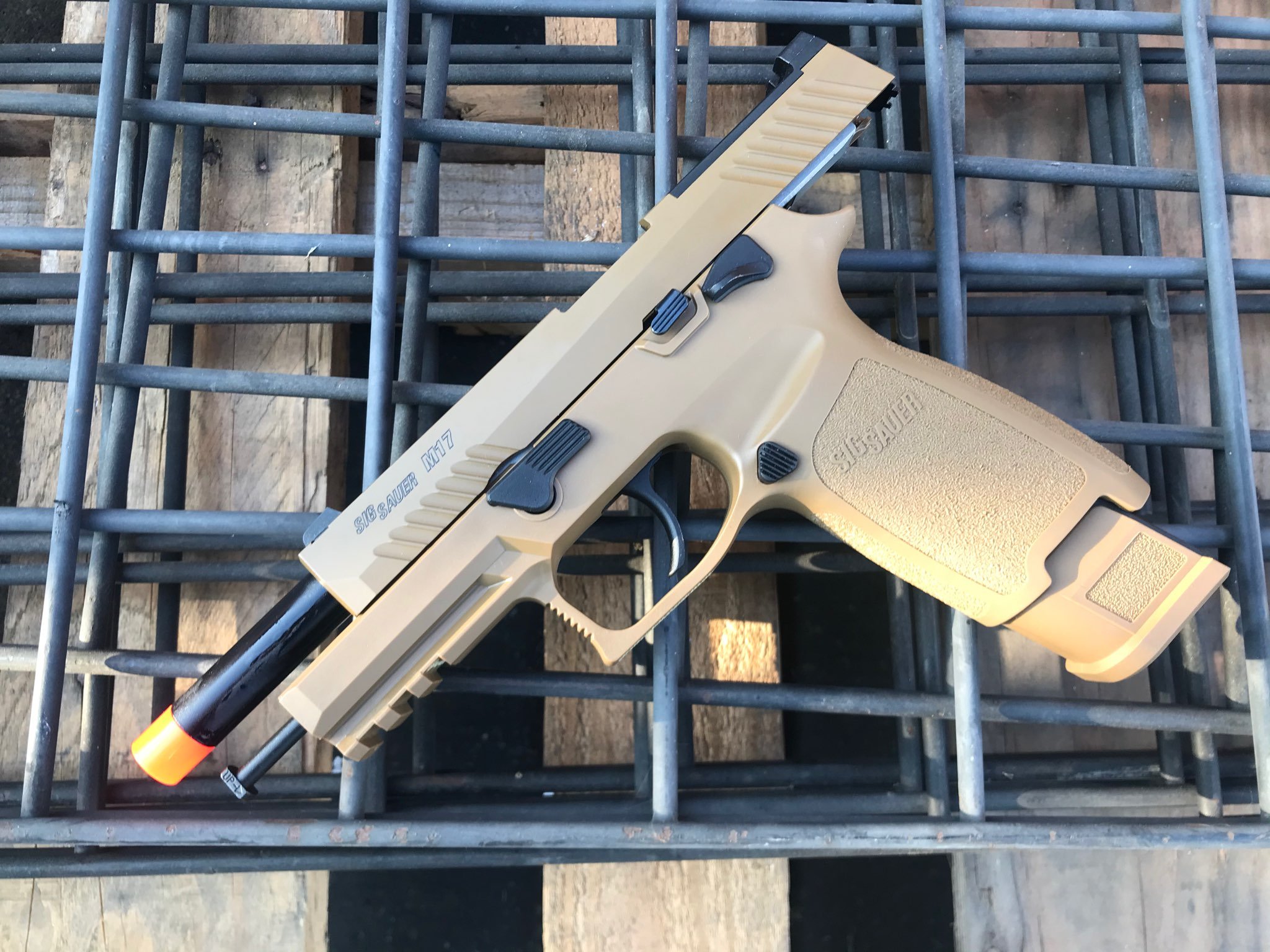 Is It Worth It?

The SIG M17 GBB Pistol is retailing for $149.95 as of right now. Though this cost is slightly higher than the average cost of gas blowback pistol. It is worth every penny. All of the features that you get and how accurately it replicates the real firearm; makes this pistol perfect for training and playing! With great performance, functionality, and looks. You will be very happy with this airsoft pistol. 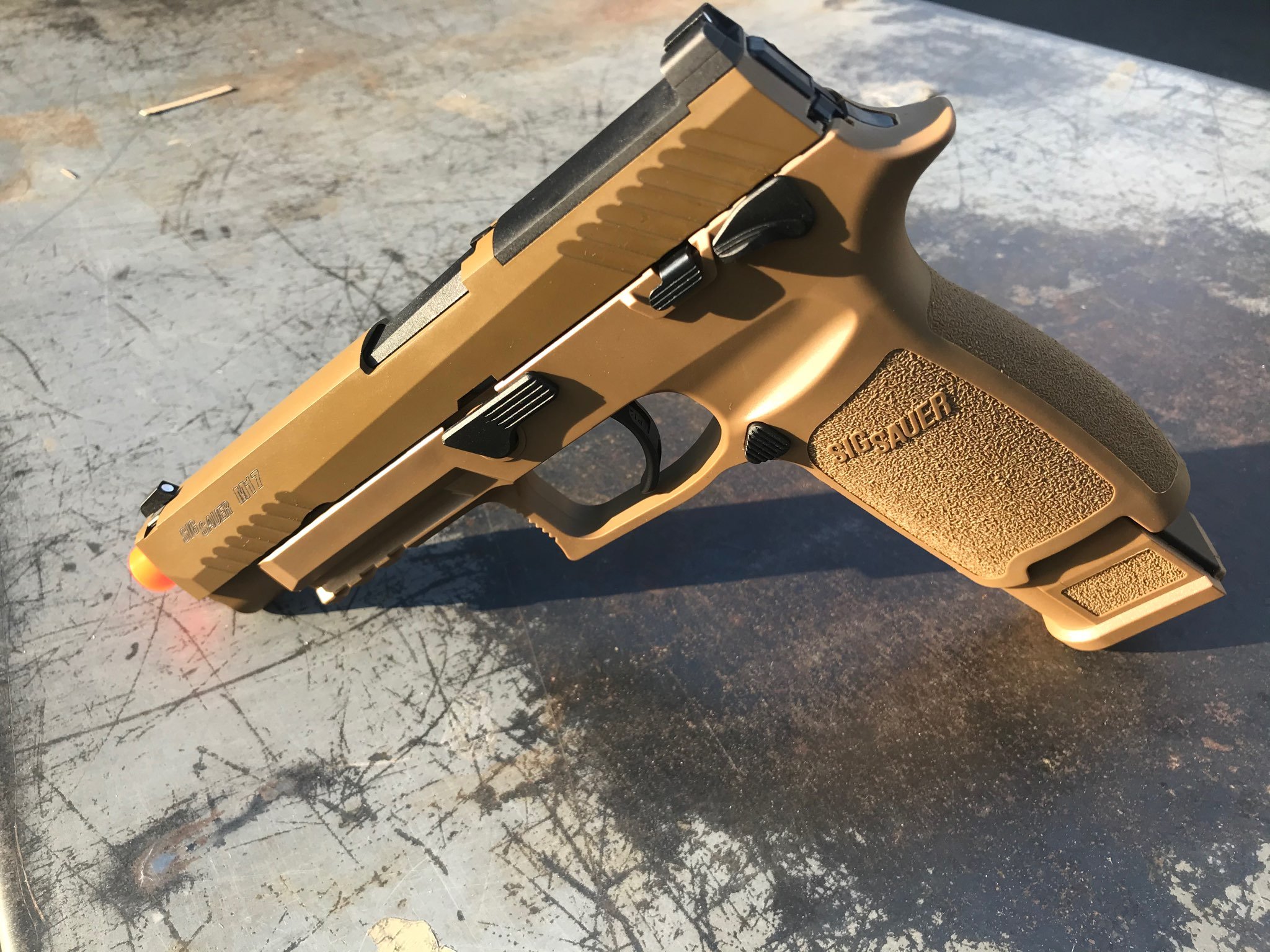