Best Quick and Easy Upgrades to Any AEG

Have you been thinking about upgrading your AEG, but dont know where to start? Are bevels, pistons and trolleys all foreign terms for you? Is the thought of several bits and pieces flying left and right while missing tiny springs, screws and other bits just an absolute nightmare? The experts at Airsoft GI are here with AEG upgrade advice that even less experienced builders can put to work for them. These easy, effective and cost-efficient parts should get you started on the road to a higher-performing AEG. Weve gone over a number of top airsoft upgrades to make a gun that can rival even some of the best AEGs on the market! 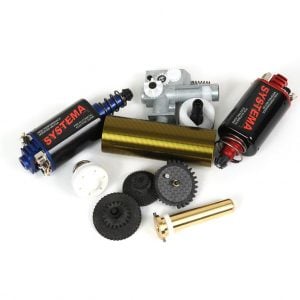 In most airsoft stock AEG rifles, the motor is actually one of the weakest components that hold it back from having awesome trigger response and fire rate. Airsoft manufacturers typically use weak ferrite magnets in the motors to pull springs that are capable of shooting anywhere from 350 FPS and up. Such motors typically are fine for guns running sub-300 FPS, but given that the market in the U.S. is pushing the boundaries in terms of FPS, the weaker motors just arent cutting it. 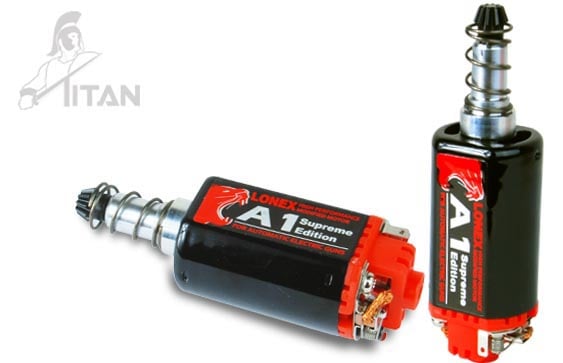 So now we enter the world of high performing neodymium magnet motors. These permanent rare earth magnets are 2-3 times stronger than the ferrite magnets in stock AEGs. As such, the motors are a lot stronger as well, given theyre able to turn over much more quickly, more efficiently and with less heat. Motors such as these work extremely well in your favor by being able to pull springs with much more ease, thus increasing your potential for several different custom builds and combinations.

The most common motors youll want to look at are balance/torque motors. These motors have a rating between 16 to 22 turns per armature (TPA). TPA defines the number of times the armature is wound inside the motor. Lower TPA equals higher speed while higher TPA equals higher torque. Most stock guns come with a standard gear set inside of them, so youll want to stick to 16-22 TPA motors for basic drop-ins, as you generally wont be required to tune the gearbox itself.

Some great budget motors for AEG upgrades would include the following:

While most stock barrels are fairly good at doing their job well, they are usually made of either brass or aluminum. These barrels are cheaper to produce, which lowers the initial cost of the game. However, it also means they typically degrade from wear and tear over time. In these cases, upgrading to a steel tight-bore barrel is often the route many take for higher-end AEG builds. Steel is a much harder material to degrade because of its strength and thickness. Its also heavier, allowing it to absorb more of the shock and vibration coming from the action of the AEG. A tighter bore gives a tiny boost in accuracy as well. Most steel airsoft barrels for upgrades would suffice, regardless of the brand, but one of our favorites is the Madbull Steel Barrel. These come in a number of sizes for different AEGs. 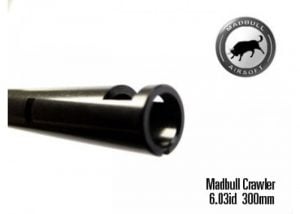 Madbull barrels are great quality for a low price

Lastly, since youre already working with and dealing with the barrel, the hop-up bucking and nub can always use an upgrade. The flat hop is one of the best ways to increase range and accuracy with ease. These buckings remove the standard contact patch in favor of a smooth inside, which allows for a larger contact area overall. An R-hop or an S-hop is an even higher performance setup overall, but the difference is nearly negligible when calibrated properly. Many experienced techs are able to create DIY flat hop buckings and nubs from stock units. If youre not so confident in doing that, one of our favorite drop-in kits is the Modify Baton Ryusoku Flat Hop-Up Bucking. 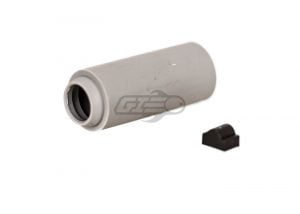 No two airsoft guns will be the same. When youre doing an AEG upgrade, take your time, take it slow and organize your work. Look through tutorials, guides and other resources or ask fellow techs for advice. With time, your desired airsoft gun will come to fruition. Use these tips and soon enough youll be picking people off from unseen ranges and angles.