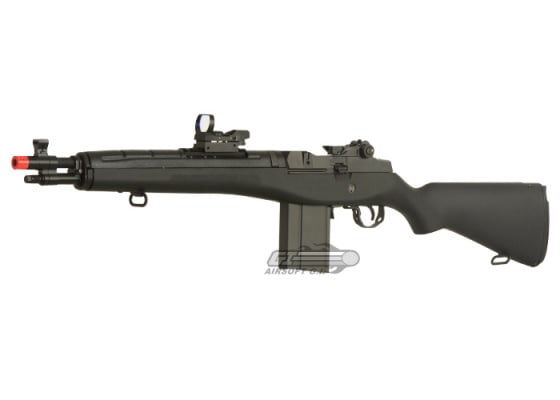 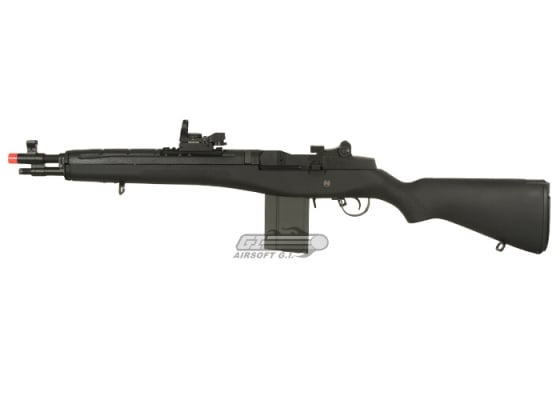 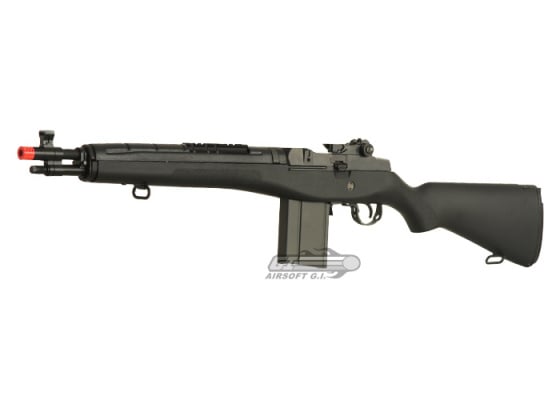 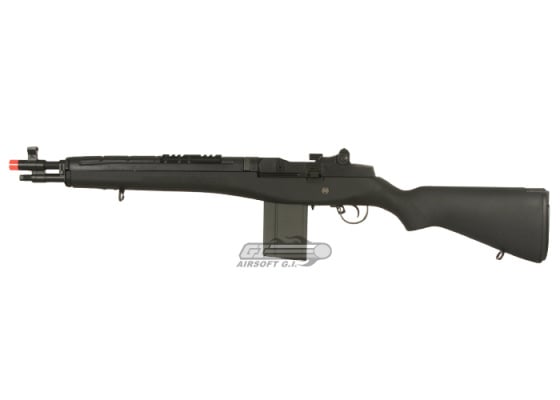 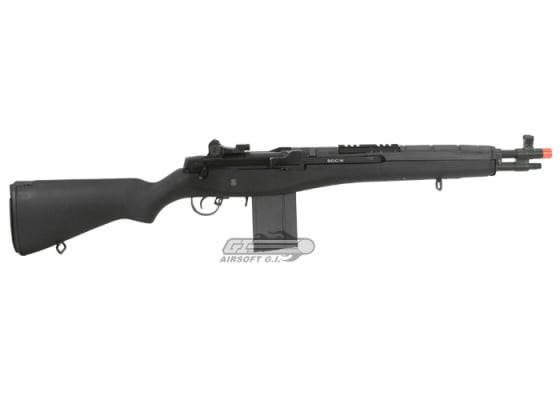 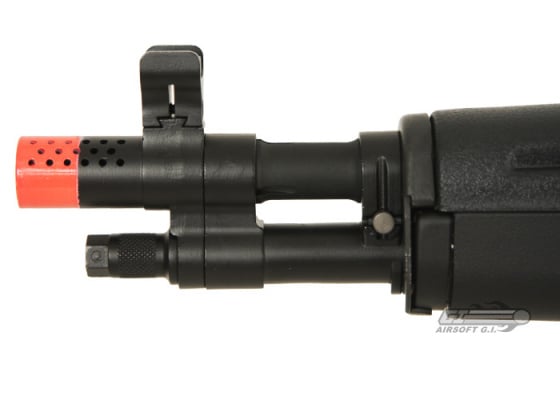 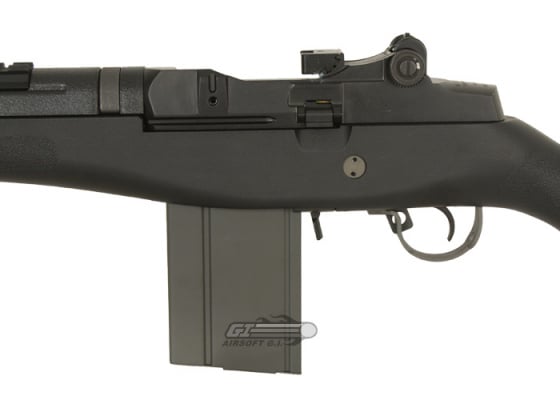 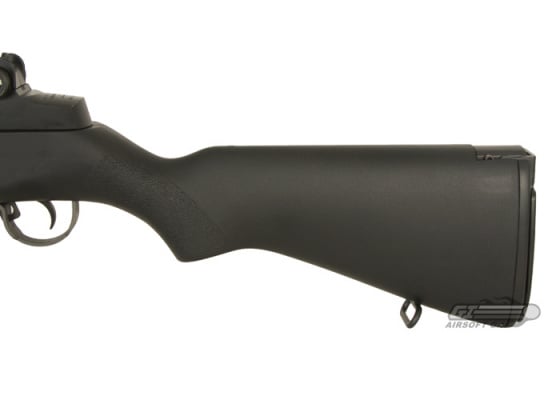 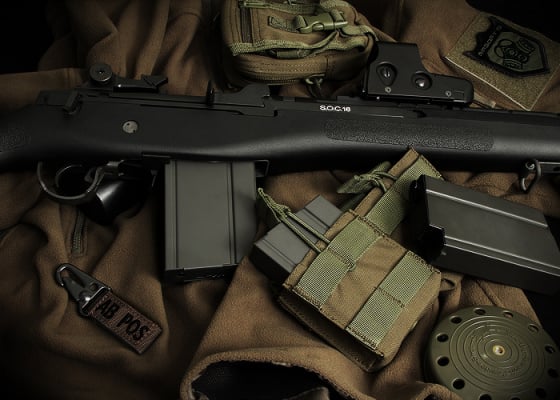 ( 13 Reviews ) ❤ Add to Wishlist
Excluded from Coupon Codes
OUT OF STOCK
(notify me!)
Free Shipping for orders over $99 No Coupon needed

If you admire the design of the M-14 and are looking for a versatile airsoft carbine that is long enough for fighting in the woods or other places outdoors but is easy to carry, consider the black G&G SOC 16 M-14 Rifle AEG Airsoft Gun from Airsoft GI. The G&G SOC 16 Ver. 4 is essentially a shortened version of the company's M-14 airsoft rifle. The primary differences, aside from the short barrel, are the improved flash hider and the forward scope rail.

The forward scope mount gives the shooter excellent eye relief, whether using a magnification scope or a red dot scope. Another advantage is it prevents the scope from interfering with the controls and bolt operation. Measuring 940 mm, the intermediate length of the SOC 16 makes it long enough for open outdoors and woodland scenarios without being cumbersome, as the M-14 can sometimes be. There is a lot to like about this gun, in addition to its easy portability and realistic looks. It boasts a solid build, the dependable durability of metal materials, high accuracy and a decent rate of fire. This is an excellent choice for anyone who appreciates the M-14 design.

J. YEUNG | 2009-04-06
Product Information:
I bought this gun about 2 months ago and its pretty nice. I'm a beginner airsoft player but I've had experience with some other guns before. Using .25's the accuracy was pretty decent up to about 150ft, though like others have mentioned it could have been better with the stock tightbore, none the less the accuracy is quite a bit better than your average AEG. Rate of fire unlike everyone else said was decent; however, I was running an 8.4v battery so it's probably just me. I just thought that it would have a better ROF compared to other guns running 8.4v batteries but its pretty much the same. The gun itself, though "shortened" is still quite long, and its pretty heavy (good for realism, but hard to maneuver). There is one huge problem for this gun however, though it just might be mine. After playing for about 3 hours, the wires or something start to heat up so much that after I release the trigger while firing on auto, the gun will continue to shoot for about 3-4 seconds (quite a bit). While it was still under warranty I sent it back to Airsoft GI for repairs but the problem didn't change at all. I checked on airsoftretreat.com's forums and i was told that this problem was actually pretty common among G&G Soc16's so be forewarned.

Pros:
Nice accuracy
Good FPS
Front Rail System
Easy to disassemble
Aside from trigger issue, very reliable
Got some weight to it
Long barrel makes it a bit more accurate

Cons:
Trigger/Wiring issue pretty much ruined the gun for me (being a poor beginner I don't know if I can fix it, nor afford to have it fixed) HUGE PROBLEM. Heard it was present in other guns.
Got some weight to it
Long barrel makes it cubersome to move/aim quickly (though I understand the gun was not intended for CQB purposes)

R. RUSSELL | 2009-09-19
Product Information:
This is an awesome gun! The G&G SOC 16 preforms beautifly as either a standard rifle or a DMR. on my SOC 16 the motor was a piece of junk and I had to replace it with an ICS turbo 3000. but don't let that deter you from getting this gun.

L. PETKAU | 2013-11-29
Product Information:
It's a great gun and performed good out of the box. It's a fun gun to work on and easily upgradeable. Feels great and Is solid.

Talk about the G&G SOC 16 M14 AEG Airsoft Rifle (Black) with your friends on the facebook comments box below: