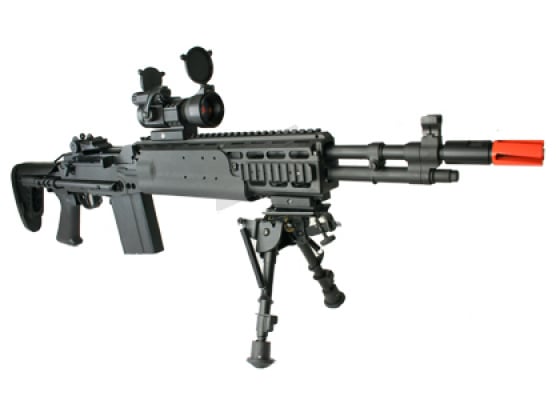 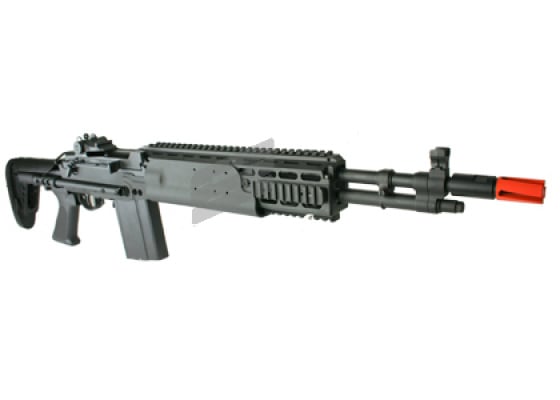 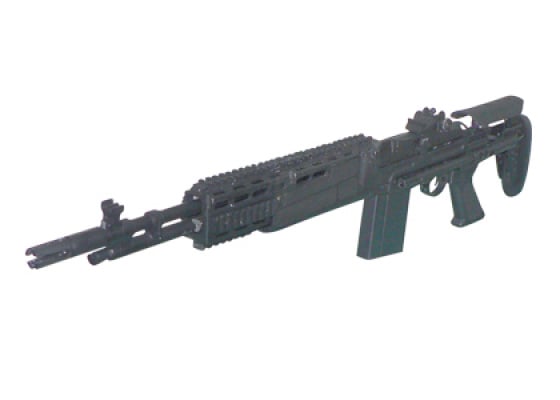 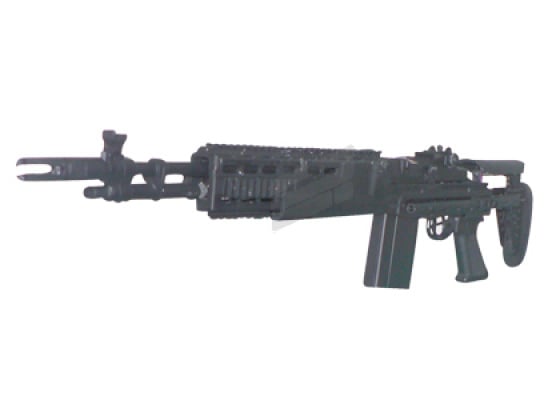 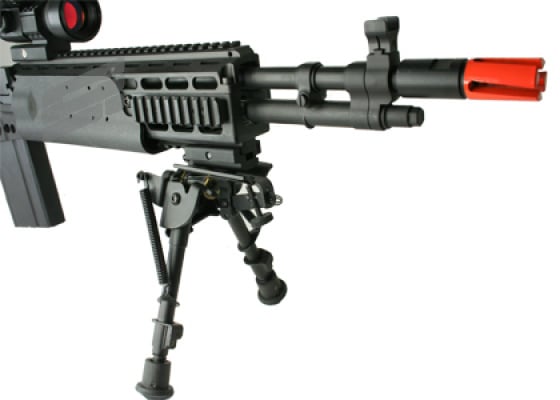 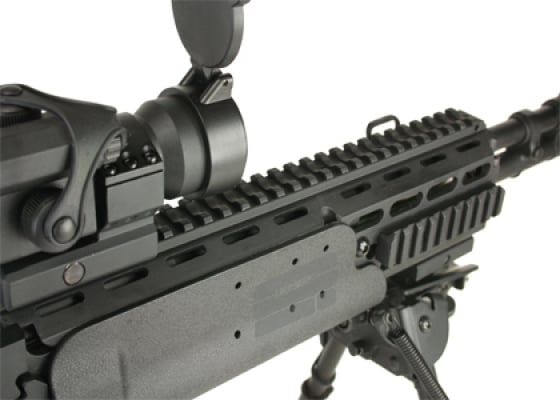 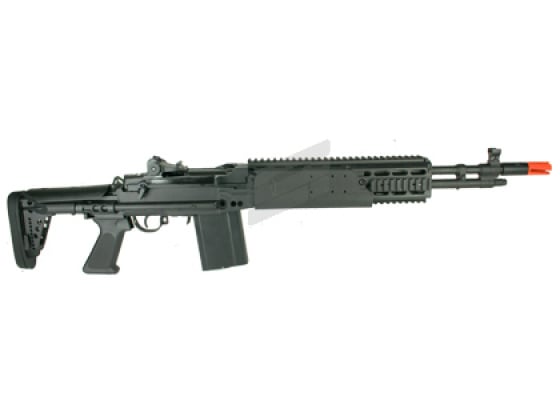 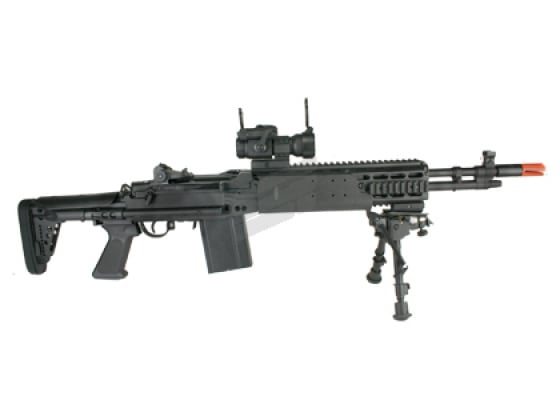 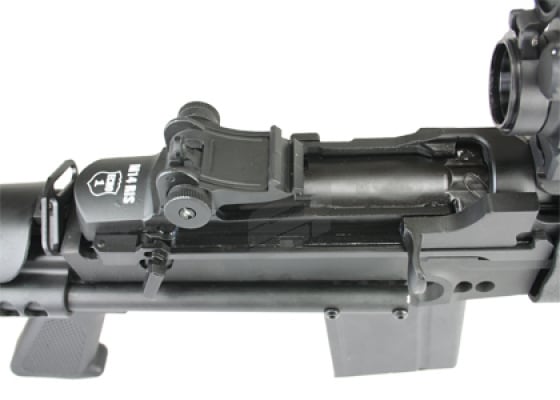 Descriptions:
The M14 has been brought back into service with the U.S. Military for issue to designated marksmen. Designated Marksmen operate on a unit level to fill the gap between standard riflemen and snipers. Although the venerable M14 has proved adequate in terms of accuracy it has fallen short in others; without the ability to mount the now standard accessories such as flashlights, lasers, optics, and a bi-pod. To solve this problem the next logical step was the addition of a R.I.S. to the M14. Aside from the ability to mount numerous different accessories the M14 R.I.S. has a retractable stock that allows the user to adjust for the length of pull, which is especially important if the user is wearing body armor. The Echo 1 M14 R.I.S. features a shortened outer barrel with a redesigned M14 flash hider. Echo 1 is the first company to make the M14 R.I.S. full metal and affordable for all players.

Cons.
-Heavy ( 14Lbs may seem light, but after running around in an airsoft war it gets heavier by the minute)
-Batery is a pain in the but to put in

All in all, I give this gun a 5 of 5 stars because it is a great gun and is very affective in any airsift war I encounter. I would highly recomend this gun and a scope or dot sight with it. Very nice, very nice.

This could save me about 20 bucks so if you could get back to me ASAP at [email protected] that would be great.

Basically i like this gun a lot, or what i have seen, it seems to have good accuracy but maybe a little less FPS. It is 20 dollars more than the carbine and i would like to know why if it doesn't come with a scope OR stand. The other gun has a bunch of complaints also.

B. CHINCO | 2008-05-17
At first I loved this gun. It was great. It shoots well, far, acurate, and has a good rate of fire. I hadn't had it in a real aisoft battle. In my first airsoft battle, we were fighting when my gun stopped firing. The clip broke! I took out my spare clip and continued fighting. Then, a screw fell out and now my stock is useless. After that, one of the ajustors on the side of the sights fell out and the sights fell out. Normally these problems wouldn't be bad but i lost the screws because i didn't realize it at first and when i did it was to. This is the worst buy i ever made. Overall i is a good gun that shoots well but their are too many other parts that aren't well put on. to top it off this gun doesn't hurt at all. don't get this gun or ur fu**in retarded
Search Tags: EBR Sniper High Capacity Advanced DMR

Talk about the Echo 1 Full Metal M14 RIS Airsoft Gun with your friends on the facebook comments box below: