Welcome to the world of Airsoft Bolt Action Sniper Rifles! There are many different sniper rifles on the market, but there is one company that has been manufacturing them for a while. Well has made a plethora of sniper rifles and this is a list of the top five models you should look into! 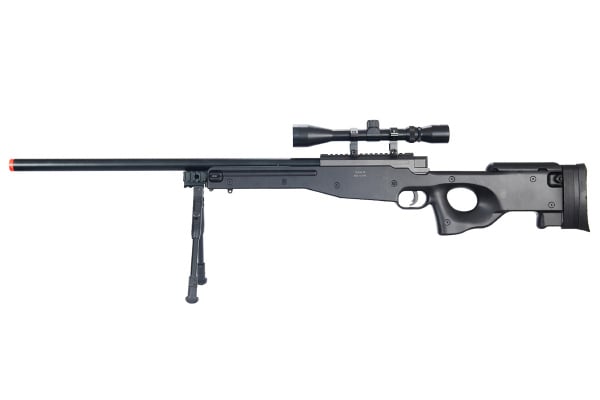 The MB01 is probably the most known bolt action sniper rifle made by Well. You may know this sniper and the L96/MK96 or the AWP. Out of the box this rifle will be shooting around 390-400 FPS. There are packages that include the scope and bipod. You can purchased this rifle by itself to choose exactly what scope and bipod you would like to use. The Well MB01 is based off of the original Tokyo Marui L96 and is capable of taking after market upgrades. You will be able to use parts form Action Army and other manufacturers to get this rifle to shoot exactly the way you want! 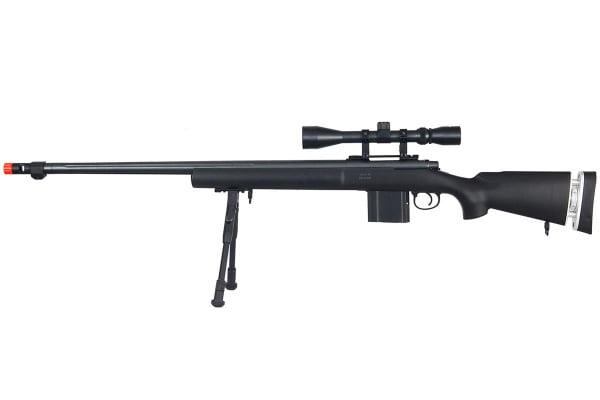 The Well MB4405BAB is their take on the classic M24 sniper rifle. With the adjustable stock, you are able to get the correct length of pull. One attention to detail that I love is the correctly placed magazine. This means that the inner barrel is longer to increase your accuracy. Out of the box this rifle is shooting 410-420 FPS with amazing accuracy. If you want to have a traditional sniper load out, this is the rifle for you! Included in this package is a scope and bipod, allowing you to get out on the field and start playing!

The M40A3 was adopted by the United States Marine Corps. In the 2000s. Based off the original M40 Sniper rifle, the M40A3 was updated for modern use. Made popular by movies such as Shooter featuring Mark Wahlberg and American Sniper featuring Bradley Cooper. The M40A3 has made is mark in both American and Cinematic History. The Well M40A3 is a one to one replica with great performance out of the box. Shooting roughly 400 FPS, you will be able to keep up with anyone on the airsoft field. No surprise that this is rifle is based off of the Tokyo Marui model and can accept after market upgrades as well! With the great performance out of the box, all you need is a scope to get out to the field and start getting those long distance shots! 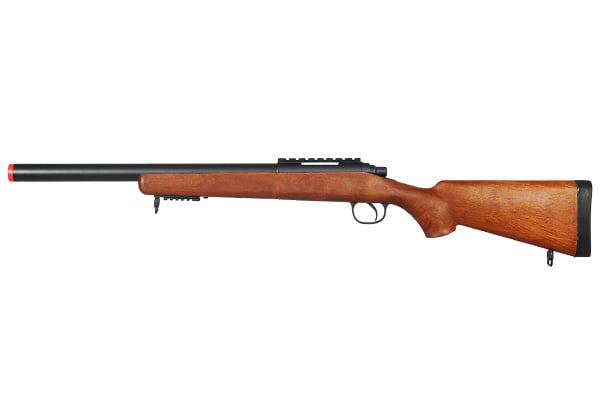 The Well MBG24 Sniper Rifle is a great addition to any airsoft collection! This rifle is compact but make up the barrel length with 440-450 FPS! Taking VSR10/Bar10 Magazines, you will have no problems staying armed! The best part about this rifle is that it is gas powered with a VSR10 Trigger Box! This rifle is a lot of fun to shoot and play with! Light weight, reliable, and normally retailing for $120! You can get into gas powered sniper rifles at a very affordable cost!

The final rifle on this list shouldnt be a surprise! The Well MB07 is a variant of the Tokyo Marui VSR10. This sniper rifle can accept all of the after market parts available for the VSR10, including magazines. Out of the box, you wont even need to upgrade anything. Shooting about 510 FPS with great range and accuracy. This package includes the Scope and Bipod for only $138.99, making this rifle the perfect choice out of the box! You cant beat this price!